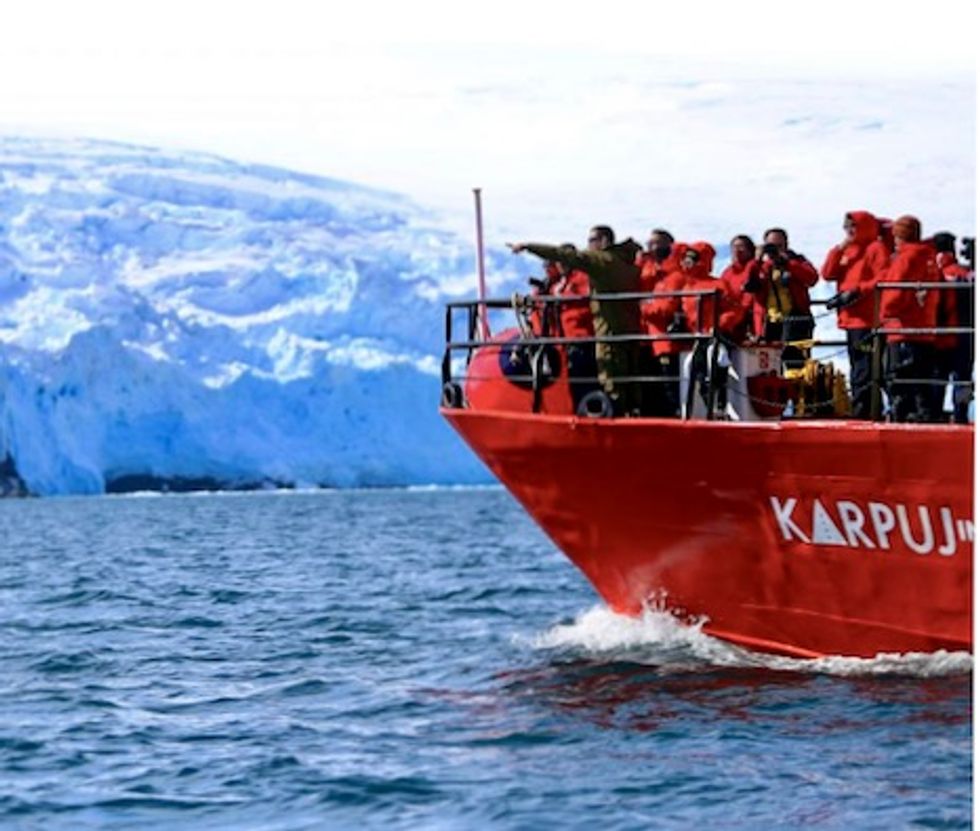 In a remote island outpost on the edge of the Antarctic, hundreds of miles from the southern tip of Chile, scientists at a research base are scouring the ice for clues about everything from climate change to cures for cancer.

Chile’s Escudero base on King George Island acts as a research hub for a frozen expanse that extends to the South Pole, with more than 300 international scientists taking turns to brave the bitter Antarctic temperatures.

The Chilean Antarctic Institute (INACH) has supported research into a biomolecule called “Antartina,” derived from a plant native to the region, which has shown positive early results in diminishing colorectal, liver and gastric cancers in mice.

Scientists there also look at lichens that could treat Alzheimer’s disease, enzymes to remove lactose from milk and others to improve lettuce crops.

This month a multinational team embarked on a research trip to investigate what causes the break-up of ice shelves, a phenomenon associated with climate change.

In 2017, an iceberg the size of Trinidad and Tobago broke off a shelf in Antarctica, sparking widespread alarm, fears of shipping accidents and a further rise in sea levels.

“There are different theories related to changes in sea temperatures eating the platforms, and another that has to do with the behavior of water and its drainage,” New Zealand glaciologist Shelley MacDonell, the team leader, as she prepared to travel to one of the icebergs affected.

MacDonell’s team wants to be able to predict where and when ice shelves might rupture in future.

The scientists hope their research will help the mapping of the shape of world’s southernmost continent in the decades to come, and allow island and coastal nations to plan for rising sea levels.

“There is a whole dynamic (of the Antarctic ecosystem) that needs to be studied quickly, like the upcoming scenarios of climate change,” said INACH’s director, Marcelo Leppe.

Ice shelves act as a retaining wall that prevent Antarctic ice from spilling more quickly into the ocean. Icebergs have historically broken off over centuries but their break-up has accelerated in recent years.

“Large platforms have collapsed in the past. What is not known if the collapses were gradual or instantaneous, like the ones we are seeing today,” MacDonell said.

The Antarctic Peninsula, the northernmost part of the continent and site of the Chilean base, is the focus as one of the areas most affected by melting ice - scientists believe because it had more exposure to the ocean.

“We have a long-term trend that is pointing to this process of warming and collapse of these platforms,” ​​said Chilean glaciologist Francisco Fernandoy, part of MacDonell’s team.

The Netherlands and several island territories are eager for the results of the study. Were the ice caps of Greenland and Antarctic to melt entirely, a 10-meter rise in sea level expected to result would inundate them, according to INACH data.

MacDonell and her team have embarked on a lengthy journey by plane, boat, helicopter and on skis to reach a camp on the Müller ice shelf, which itself lost a 1.6-km long iceberg at the end of last year.

They will have to brave blizzards and the sub-zero temperatures of the Antarctic summer to conduct two weeks of sampling before winter descends in the coming month.

The team will use radar waves to take measurements of the icebergs and extract ice cores, columns that allow researchers to effectively look back in time.

The cores will be transported to specialist labs in central Chile for analysis in chilled chambers that keep the temperature at -20 degrees Celsius.

The scientists hope the models for future melts they will be able to build will serve as a basis for agreements among nations to tackle climate change.

“We cannot make these political decisions but we can say what the scenarios are: if the temperature increases, stays the same or drops, this or that will happen,” glaciologist Fernandoy said.

“That’s what we can contribute. The decisions themselves are in another sphere.”