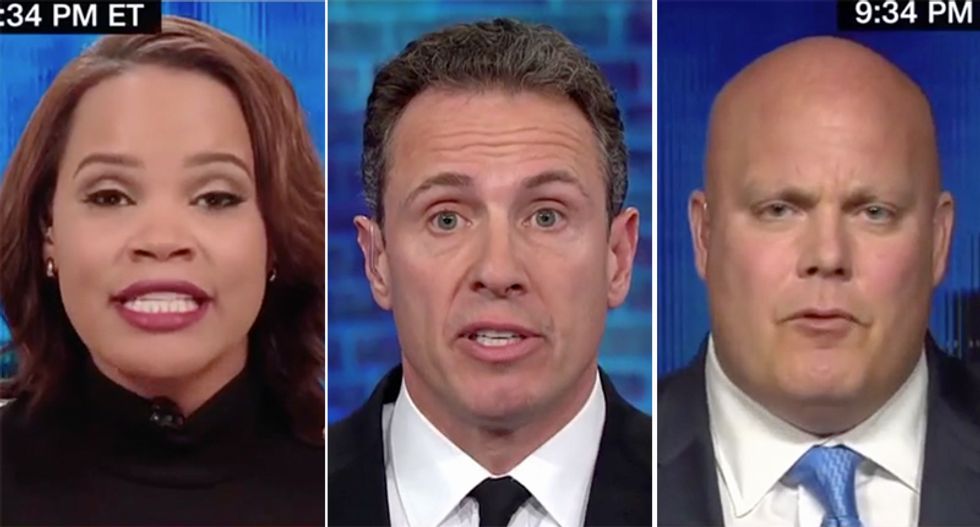 "Jim, what I'd like to do is finish my sentence, and I'd love for you to speak after that," Coates scolded Schultz early on in the segment when he interrupted Coates.

"Simply put, it matters, Jim, that the President of the United States tried to influence an investigation that involved himself," Coates continued.

The former White House lawyer then went on to defend Trump on the show, turning his attack on Cuomo, via saying the CNN host was putting former FBI Deputy Director Andrew McCabe, who just released a new book Tuesday, on a "pedestal."

"But you're going to put a guy on a pedestal....meaning McCabe," Schulz said while Cuomo protested vociferously.

"I'm not doing anything," Cuomo countered. "If [McCabe] had come here [on my show], I would have put it to him like everybody else, just like I always do," he said.

Watch the contentious three-way exchange below: