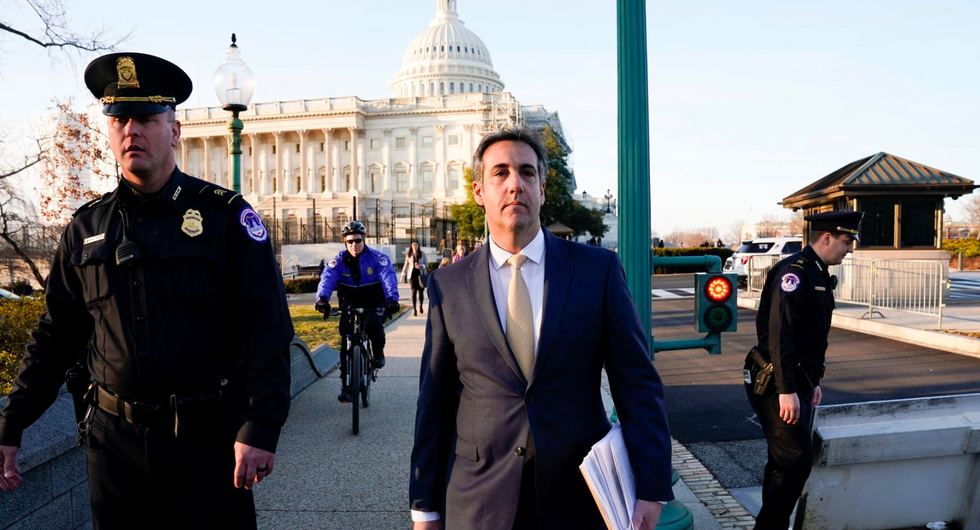 House Intelligence Committee Chairman Adam Schiff, a Democrat, said Cohen would return for further questioning on March 6 to give lawmakers another chance to follow up on allegations of wrongdoing that Cohen leveled at his former boss this week.

“I think we all feel it was a very productive interview today where he was able to shed light on a lot of issues that are very important to our investigation. We were able to drill down in great detail,” Schiff told reporters.

Schiff said the panel also will talk to Felix Sater, a Russian-born property developer and former business associate of Trump, in a public session on March 14 to talk about efforts to build a Trump tower in Moscow.

Sater, who worked with Cohen on the project while Trump was running for president, has said he and Cohen at one point talked about giving a $50 million penthouse to Russian President Vladimir Putin as a way to justify raising the prices of other units in the envisioned tower.

Cohen pleaded guilty last year to lying to Congress about the Moscow project, but Schiff said he answered all of the panel’s questions. The testimony will eventually be made public, he said.

Cohen spoke before three congressional panels this week that are examining Russian election meddling and any collusion with the Trump campaign.

In dramatic public testimony on Wednesday before the House Oversight Committee, Trump’s one-time “fixer” accused the president of breaking the law while in office and said for the first time that Trump knew in advance about a WikiLeaks dump of stolen emails that hurt his 2016 election opponent Hillary Clinton.

Committee chairman Elijah Cummings, a Democrat, said his panel would further investigate issues raised by Cohen’s testimony and may try to get the president’s son, Donald Trump Jr., and his former accountant, Allen Weisselberg, to testify.

‘A LOT MORE EFFICIENT’ WITHOUT CAMERAS

Other Democrats said they would try to verify whether Trump manipulated financial statements to reduce taxes and secure bank loans, as Cohen alleged.

Democratic Representative Jim Himes said Thursday’s closed-door format allowed lawmakers to explore in depth some of the issues Cohen raised on Wednesday, as well as other subjects.

“We covered a bunch of topics that didn’t get covered yesterday, so I think today’s hearing was complementary and a lot more efficient because there weren’t cameras in the room,” Himes said.

Two of Cohen’s most prominent antagonists in the Wednesday hearing, Republicans Jim Jordan and Mark Meadows, asked the Justice Department to investigate Cohen for perjury, saying he lied during his appearance about his efforts to land a White House job and his work for foreign companies, among other topics.

Cohen is due to begin serving a three-year prison sentence for lying to Congress about the Moscow tower project, along with other charges. He submitted a statement in 2017 saying efforts to build the tower had ceased by January 2016, when those talks in fact continued until June of that year, after Trump had clinched the Republican presidential nomination.

At Wednesday’s hearing, Cohen said Trump never explicitly told him to lie to Congress about the Moscow skyscraper negotiations. But Cohen said he believed he was following implicit directions to minimize their efforts on the tower.

Cohen said he had no direct evidence that Trump or his campaign colluded with Moscow during the election campaign, but that he had suspicions that something untoward had occurred.

Possible collusion is a key theme of Special Counsel Robert Mueller’s Russia investigation, which has dogged the president during his first two years in office. Trump has repeatedly denied the allegation, as has the Kremlin.