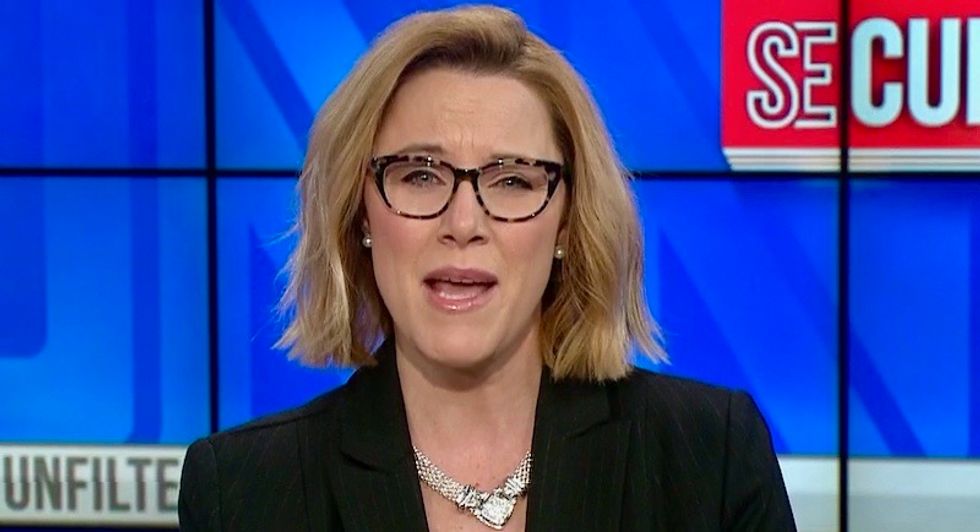 "What does Cory Booker have against all the women already running for president?" Conway asked. "Are they not good enough? Too weak?"

What does Cory Booker have against all the women already running for President? Are they not good enough? Too w… https://t.co/YXc98oO857
— Kellyanne Conway (@Kellyanne Conway) 1549048534.0

On Saturday, conservative CNN host S.E. Cupp responded to Conway's remarks with a broadside in which she accused the Trump loyalist of crying wolf over sexism

"I know Kellyanne is just having fun gaslighting America, seeing what insane lies she can get us to believe, but it's dumb crap like this that diminishes real sexism and makes people less likely to believe women when we say sexism is real," Cupp said.

"She does this a lot," Cupp continued. "Remember when she claimed Anderson Cooper's eye-roll at her was sexist? Senator Mazie Hirono was sexist, in her opinion, for criticizing Brett Kavanaugh? Tim Kaine was sexist for interrupting a debate moderator? Chris Cuomo was sexist for interrupting her. MSNBC, sexist. New York Times columnist Brett Stevens, sexist too," Cupp said. "It's her go-to critique. By the time this is over, I'll be sexist, too. The only thing worse than actual sexism is a woman who uses sexism to shut up her critics."