'Dig in': Fox News editor says Gov. Northam must fight 'lynch mob' coming for him over KKK and blackface photo 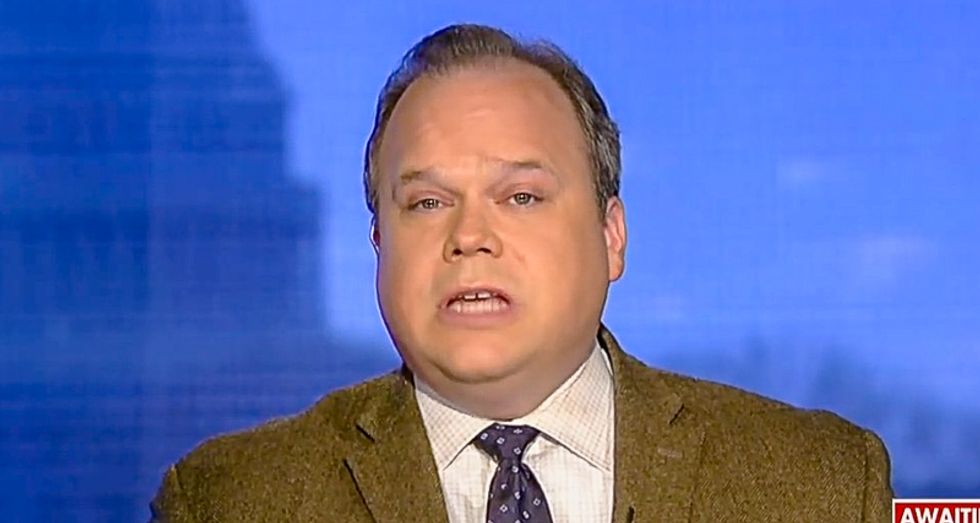 Fox News politics editor Chris Stirewalt on Monday said that a "lynch mob" is trying for force Virginia Gov. Ralph Northam (D) to step down because of a decades-old racist photo.

During a Fox News segment about the photo -- which featured blackface and a Ku Klux Klan costume -- Stirewalt encouraged the governor to "dig in" instead of resigning.

"I would only say this: Ralph Northam -- if I was Ralph Northam, I wouldn't be going anywhere," Stirewalt said, according to a transcript provided by Media Matters. "I would -- as a matter of fact, I would be digging in and waiting."

According to Stirewalt, Republicans will eventually come to Northam's defense.

"Republicans are highly conscious about the lynch mob, the online, the internet mob as it forms up, they're more sensitive to these issues, if I was Northam, I'd dig in," he insisted.