Don Jr is going to be indicted and Mueller will use that as leverage to get Trump: ex-prosecutor 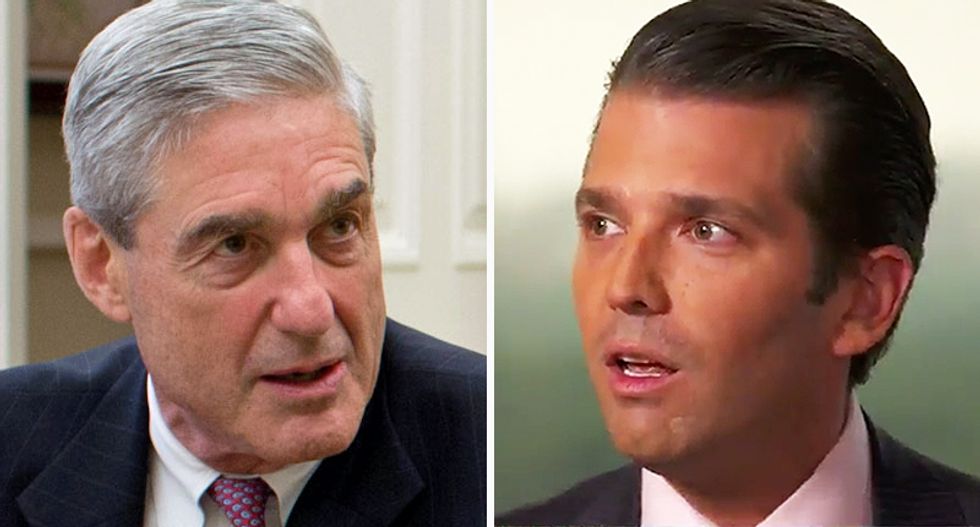 Special counsel Robert Mueller has leverage over President Donald Trump because of the legal liabilities facing his namesake son, a former federal prosecutor explained on MSNBC's "AM Joy" on Saturday.

Paul Butler, a former public corruption prosecutor for the Department of Justice, joined Joy Reid to discuss the latest in the Russia investigations into Trump and his 2016 campaign.

"Does Mueller have to indict Trump in order to put the proper coda at the end of the long symphony?" Reid asked.

"Mueller is not going to indict Trump, because he's going to follow the DOJ employee handbook, but he has leverage over the president in terms of Donald Trump, Jr.," Butler explained.

"We've seen Mueller use people's kids to get to folks in the past," he noted. 'He could do this with Donald Trump, Jr."

"Trump, Jr. went into the Senate Intelligence Committee, took an oath to tell the truth, and lied his butt off," he continued.

"You think he will get indicted?" Reid asked.

"If Roger Stone and Michael Cohen get indicted for lying to the Intelligence Committee and Donald, Jr. lied, then he gets indicted too," Butler predicted.