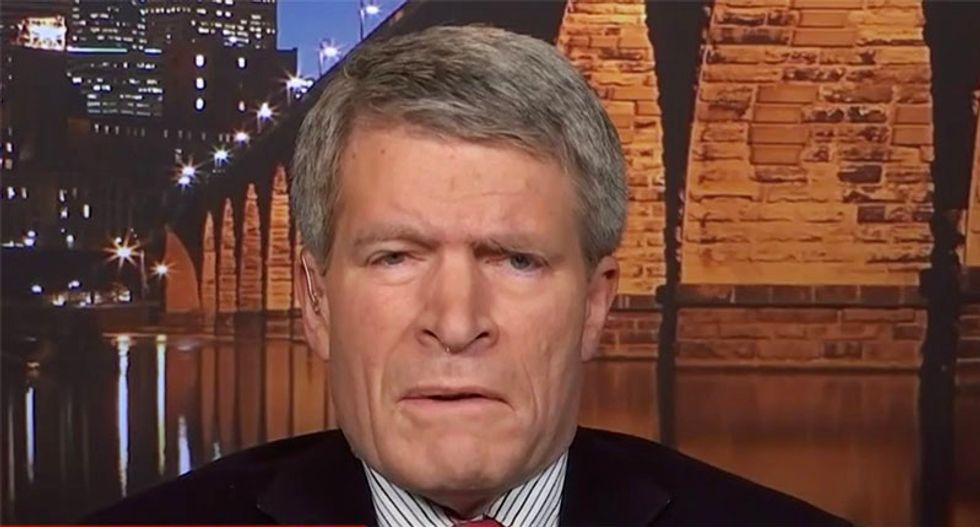 The former chief ethics lawyer for President George W. Bush demanded that Congress do their part to impeach President Donald Trump. Richard Painter said that it is clear the president is "not well," and incapable of making decisions for the country.

During a conversation with MSNBC host Brian Williams, Painter said that the president is losing it over being told "no," something he's not accustomed to hearing. But that's what will happen with the president's new "national emergency" declaration to divert defense spending to pay for his wall.

"Second, if the act were to be so broad as to give a president the power to do this, it likely would be unconstitutional, because you would have a Congress that passes such an act that would give the president the power to override future congresses, raid the defense budget, or any other budget, and use that money for purposes not allocated by Congress," Painter continued.

"I think we need to understand, though, why we're in this situation," Painter said. "The president is not well at all mentally. I think he's an extreme narcissist. He has been denied what he wants, his wall, and he is having a hissy fit. He is out of control, and he will not take no for an answer from Congress. And he's going do this. He is going to insist on doing he is going to tear the country apart. It's unconstitutional. It's illegal. He is going to do enormous damage to the Republican Party which is going to split right down the middle over this, and we really need to keep in mind that this is because the president is not well."

He noted that Trump believes Russian President Vladimir Putin over his own intelligence agencies, which either proves he's unwell or he's somehow a Russian asset.

"He is not capable of doing the job. He does need to be removed under the 25th amendment, but he stocked his cabinet with people who are unwilling to do that, and Congress is apparently unwilling to even try to remove him through impeachment," Painter closed.