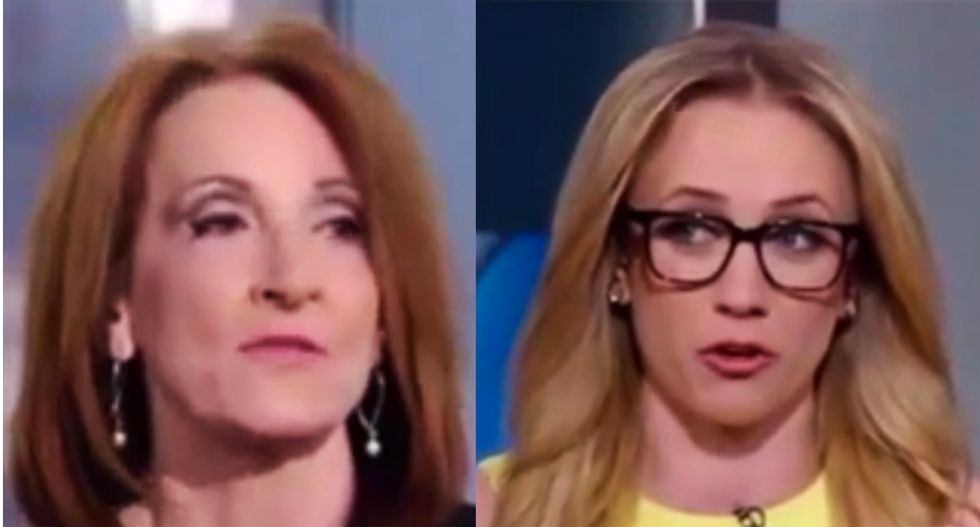 A former New York Republican congresswoman caused the panel on a Fox Business News show to step back after she said Democrats have a "tar baby" on their hands with the recent scandals in Virginia.

Appearing with Fox hosts Neil Cavuto and Katherine Timpf, Republican Nan Hayworth was asked about how the Virginia mess will affect Democrats running for president in 2020, before making the awkward racially-charged comment.

“They all have the Virginia tar baby to deal with,” Hayworth said, causing fellow panelist, Antjuan Seawright, to begin laughing after saying incredulously, "Excuse me for a second?”

You can watch the video below via Fox :