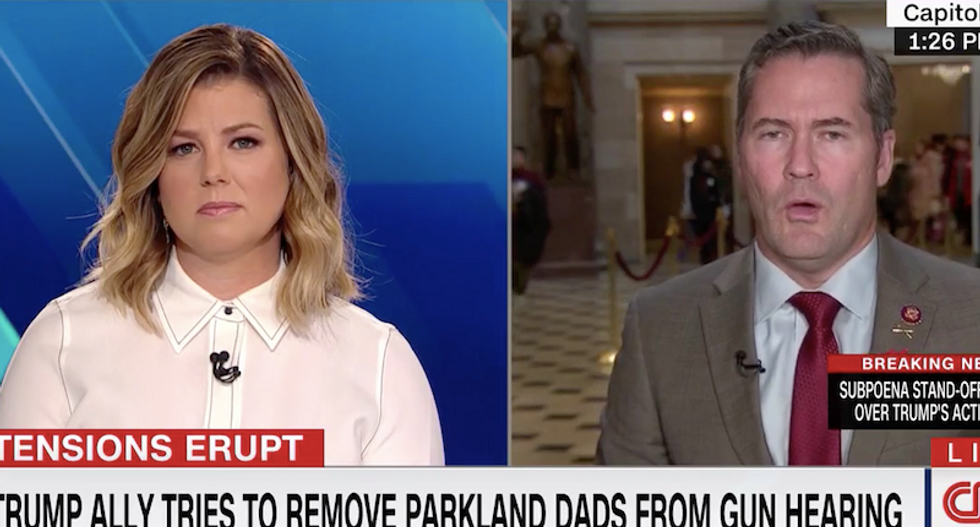 On Thursday, tensions erupted between Rep. Matt Gaetz (R-FL) and the father of a slain Parkland student.

The grieving father was attending a hearing on gun violence prevention. Gaetz said illegal immigrants were a bigger safety concern than guns, prompting Manuel Oliver, whose son Joaquin was gunned down during the Parkland shooting, to yell “That’s not true." Gaetz had him escorted out.

Another Florida representative, Michael Waltz (R-FL) tried to defend his colleague's actions, while simultaneously making the case for a wall.

"Well, look, first, Brianna, let me say that I'm the father of a 15-year-old girl. I can certainly and deeply sympathize with the Parkland parents. And just where they are emotionally and where they are on this issue. Certainly that entire incident breaks my heart."

He then tried to make the case that further gun regulations aren't necessary—before pivoting to the need for a wall. "I think we need to enforce the laws on the books before we get to these other issues."

"What I think and this is what the president has said and what I have said is that barriers are a proven way to slow down and deter illegal immigration," Waltz said. "I think that's just common sense."

"I'm not going to get at this one or that one."

He then argued that Gaetz should not have been expected to know the identity of the Parkland father.

"I don't think you can reasonably expect a member of Congress to know everyone who's in the audience or to memorize faces."