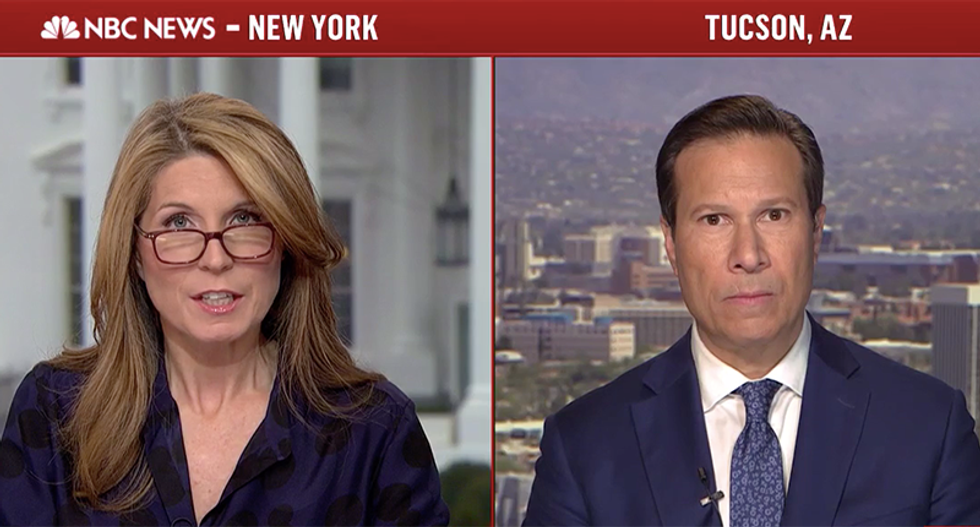 Former FBI Assistant Director Frank Figliuzzi gathered there is only one reason Paul Manafort and others would continue to lie about interactions they had with Russia: to cover something up.

It was reported Monday that special counsel Robert Mueller's top deputies are hinting about a central issue that connects everyone affiliated with the investigation.

Figliuzzi said it was a rare opportunity to see into the mind of Mueller and his investigation.

"We now got a glimpse of the bigger picture and an admission -- a concession that what they're working on is something involving akin to a quid pro quo," he told MSNBC's Nicolle Wallace. "'You do this for me, we do this for you.' Now we're left to fill in the blanks. What is it we're doing for each other?"

He said that it "smells" as if the promise was a policy regarding Ukraine or Crimea if they helped Trump with the election.

"That's what this is looking like to me and to hear it straight from the mouth of a lead prosecutor on the special counsel's team is something we all need to stand up and pay attention to," he explained.

Wallace noted that this was something that others have suggested there might be evidence. She said that other intelligence analysts have warned hosts to look for this as a theory.

"I will be honest with you: I, from day one, have tried to keep on track with the notion that this special counsel inquiry was always all about counterintelligence," Figliuzzi continued. "It was all about the degree with the Russians influencing the campaign. To hear this from [deputy Andrew] Weissmann it's always something I glossed over because we realized this was the core of the investigation."

The link to Manafort, however, adds significance, he explained.

He went on to say that investigators have always focused on the "why" about the lie. Why did Manafort and others lie when it came to this topic and why did they all lie about the same thing: Russia?

"What we've got to do is move beyond just self-profit," he continued. "'This is all about bucks in my pocket. I need to lie to cover up the fact I was trying to personally profit with my relationships with Russia and my position on a campaign.' That is good to a certain extent."

Figliuzzi went on to ask: "If you're going to lie and put yourself in federal prison and jeopardize your family, your career, your reputation, what is bigger than just personal profit? It's the notion perhaps, Nicolle, that what you're covering up is actual assistance from a foreign adversary to assist the campaign and get Trump elected. To me a plausible explanation for people jeopardizing their freedoms repeatedly, lest be labeled [as] traitors, at the hands of a foreign adversary."