Trump, Manafort and Flynn's finances are 'the glue' that holds the Russia probe together: Former deputy AG 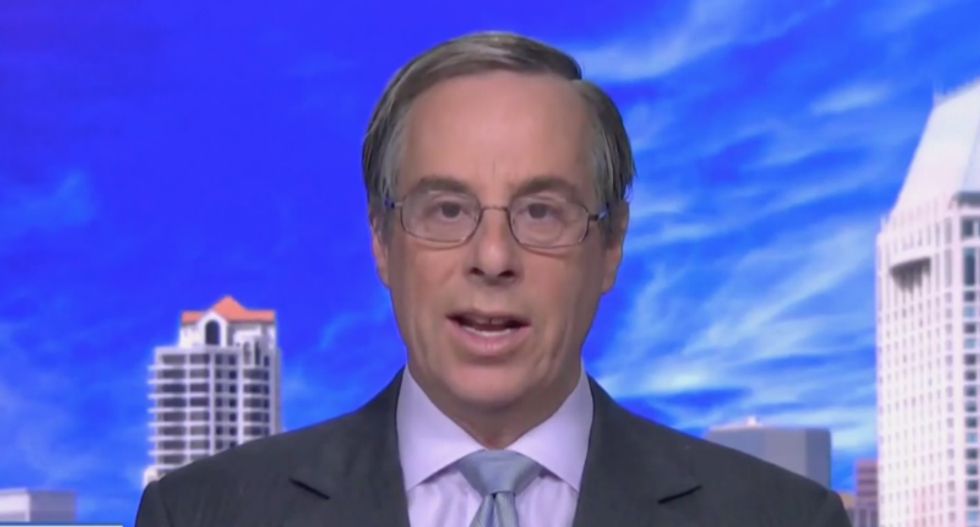 Former deputy assistant attorney general Harry Litman told MSNBC on Monday that "the glue" tying together all the actors in the Russia probe is the finances of President Donald Trump and those of his convicted campaign manager Paul Manafort and his convicted National Security Advisor Michael Flynn.

The remark occurred during a larger discussion of Paul Manafort's role in the conspiracy, including his "work on behalf of pro-Russian figures in Ukraine" and his subsequent lying about it to the special prosecutor after he got caught.

"If you're looking for the quid pro quo, you see the quid, you see the work by Russia, and the meddling in the election. What is the quo?" fellow guest Ken Vogel, who broke the story for the New York Times. "You have at least the potential of building a theory around the idea that the quo would be a peace deal that would favor Russia and potentially result in the lifting of U.S. sanctions against Russia which, of course, is the biggest driving foreign policy objective of the Russians."

Litman noted that prosecutor Andrew Weissman's refusal to share specific details "even in a closed door hearing" showed that the special counsel was getting close to the "radioactive core" of the case, but offered tantalizing hints.

"What [Weissman] is proposing, even though it is heavily redacted, as Ken says, seems a kind of grand bargain involving not simply a sweetheart deal for Russia and Ukraine, but the lifting of sanctions, which Putin dearly wanted," Litman said. "And the glue that holds it all together on the U.S. side are the personal financial interests of the actors. Manafort to make money from [pro-Russian former President of Ukraine, Viktor] Yanukovych, Flynn to do something with the sanctions, and Trump to build his big crown jewel of the Trump Tower."

"So it really seems to be getting toward quite a grand scheme," he added, "where officials are feathering their nests at the expense of U.S. national interests, and doing Russia's bidding."