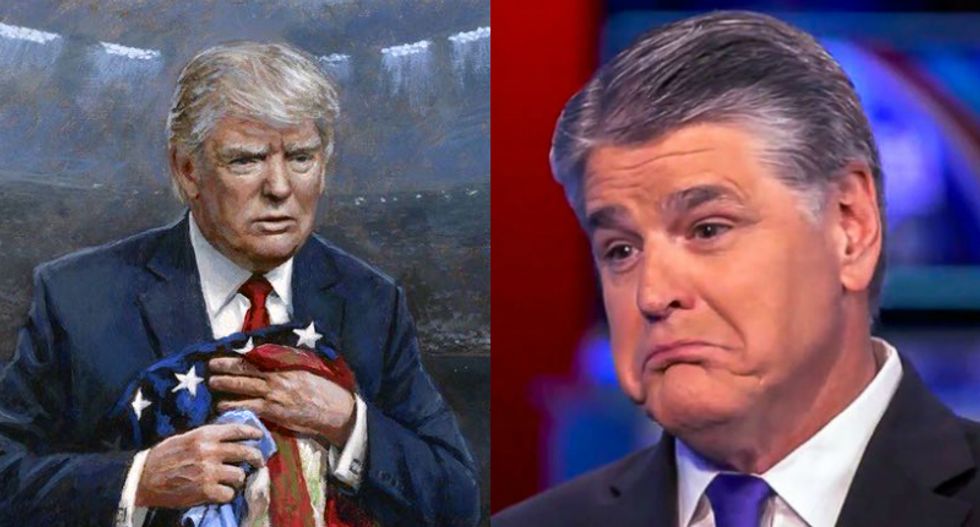 Gertz's argument opens with what Trump did the morning after he gave in on the government shutdown he forced in a standoff with Speaker of the House Nancy Pelosi over funding the border wall that he promised voters Mexico would pay for in the 2016 election. After ending the shutdown, Trump turned on Fox & Friends and tweeted about what he saw.

This is very typical, Gertz writes.

"For more than a year, I’ve studied this Trump-Fox feedback loop, the president’s habit of live-tweeting his favorite shows on the right-wing cable news network," he writes."Fox helped build Trump’s political brand and fuel his electoral rise, and in recent years has remade itself as a propaganda outlet in support of his presidency. Trump, in turn, has long been obsessed with the network. His worldview and decision making are shaped by the former network personalities with whom he has stocked his administration."

Because Fox and Trump are so simpatico, the network wields immense influence over the national conversation. Which turns "the network’s particular fixations into national news."

One example is Tucker Carlson's outrageous claims about whites suffering South Africa, which the evening host had to walk back after Trump took him too seriously, potentially prompting an international incident.

Gertz says the shutdown standoff, in which Trump was humiliated by having to face reality while remaining defiant, shows the feedback loop at its most dangerous.

"Trump’s incessant craving for validation from the network’s conservative commentators," caused the standoff, "but there is no evidence Trump has learned anything from the crushing defeat, suggesting that he will continue trying to make policy with respect to the wall and other issues, on the basis of whether it pleases Fox hosts."

Gertz says the same loop is likely to lead to Trump declaring a national emergency to fund the wall, even as Republicans in Congress tell Trump it's a "terrible idea."

"We’ve seen how this played out before," Gertz writes. "The president will continue to wallow in Fox’s programming, as night after night its hosts tell him that the declaration is his only way to win. And eventually, he will listen."