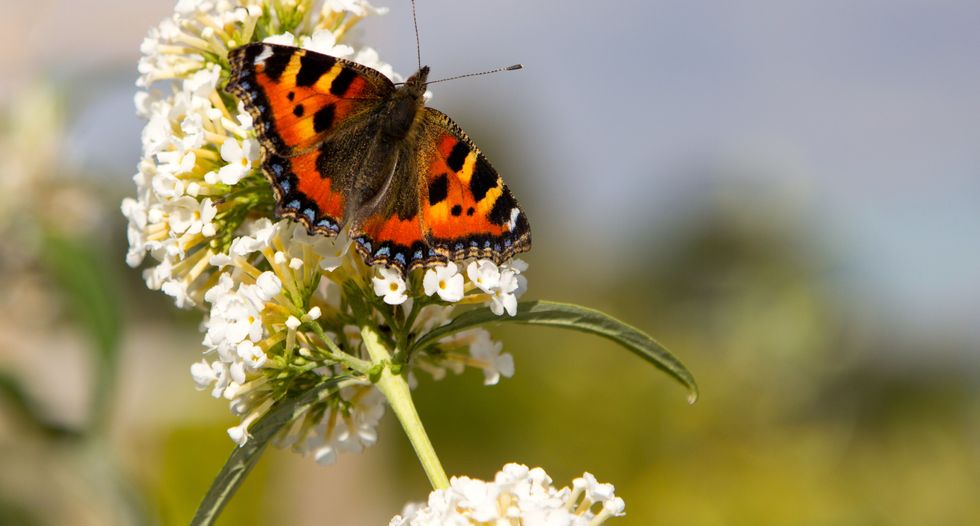 Insects could become extinct within 100 years, threatening the collapse of nature itself.

The earth is at the start of a sixth mass extinction, with dramatic losses of larger animals, but more than 40 percent of insect species are declining and a third of them are endangered, reported The Guardian.

The total mass of insects -- which currently outweighs humanity by 17 times over -- is falling by 2.5 percent a year, which suggests they could vanish altogether within the next century.

The first global scientific review finds that dramatic losses of insect populations is profoundly impacting other life forms, and the peer-reviewed scientific paper published in the journal Biological Conservation calls for major changes to save an essential component of all ecosystems.

“Unless we change our ways of producing food, insects as a whole will go down the path of extinction in a few decades,” the researchers wrote. “The repercussions this will have for the planet’s ecosystems are catastrophic to say the least.”

The collapse of insect populations has recently been reported in Germany and Puerto Rico, but the researchers say the problem is global.

“The main cause of the decline is agricultural intensification,” said Francisco Sánchez-Bayo, of the University of Sydney, Australia, who wrote the review with Kris Wyckhuys at the China Academy of Agricultural Sciences in Beijing. “That means the elimination of all trees and shrubs that normally surround the fields, so there are plain, bare fields that are treated with synthetic fertilizers and pesticides.”

Insect populations plummeted starting early in the 20th century but accelerated in the 1950s and 1960s, and new insecticides introduced in the past 20 years have sterilized soils, killing all the grubs, and linger in the environment.

Insects pollinate plants and recycle nutrients, and they serve as a crucial food source for many birds, reptiles, amphibians and fish.

“If this food source is taken away, all these animals starve to death,” Sánchez-Bayo said.