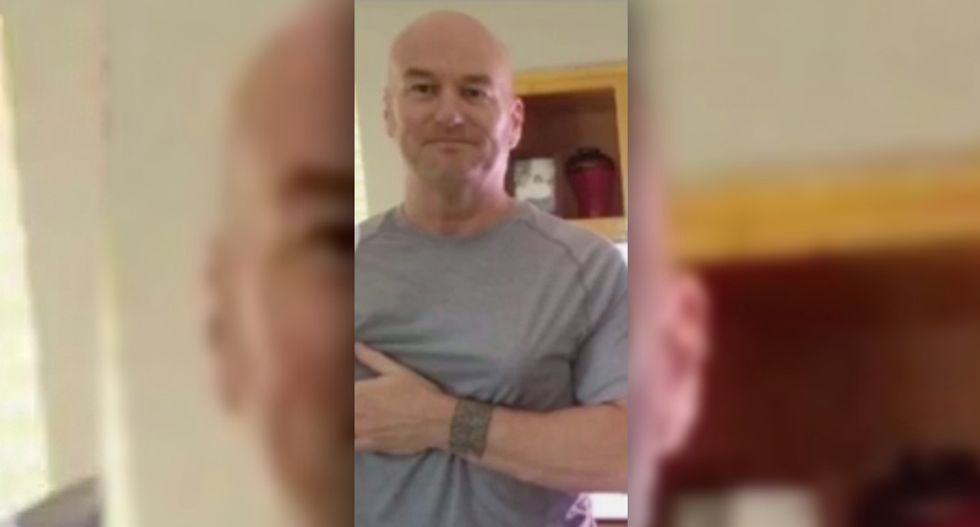 Christopher Paul Hasson appeared in court Thursday for a hearing about the findings in the raid on his basement apartment in Silver Spring, Maryland.

Hasson was found to have a hit list of Democratic senators and cable news hosts that President Donald Trump has been known to target on Twitter. Among the 15,000 pages of documents the FBI obtained, a letter detailing Hasson's hate for the world was found.

In the document, Hasson said that he is “dreaming of a way to kill almost every last person on the earth. I think a plague would be most successful but how do I acquire the needed/ Spanish flu, botulism, anthrax not sure yet but will find something. Interesting idea the other day. Start with biological attacks followed by attack on food supply.”

According to WJZ's Mike Hellgren, Hasson's attorney claimed the arsenal of weapons isn't that big and called it "modest at best."

The government noted that Hasson spent nearly $13,000 for over 1,000 rounds of ammunition and equipment and had it shipped directly to his home in Maryland.

The FBI also confiscated bottles of narcotics that were past expiration dates. The defense claimed that there was no evidence the drug stash was part of a possible biological attack.

"There is an intent to murder innocent citizens; advocate for white nation; he was doing searches for plotting terror attacks on his government computer while at work; also searched unibomber and Breveik manifestos," federal prosecutors told the court.

The defense claimed the government's memo is “histrionic” and “without substance” to back up assertions; filed to “bring enormous media attention” to case, Hellgren cited.

They also claimed that the spreadsheet of names was hardly evidence of a terrorist attack and that there is no evidence it was a hit list. They claimed that "these are not the type of plans by someone plotting a terror attack."

The government cited the manifesto by Anders Behring Breivik, which details the ways in which would-be terrorists could make the most impact with their targets.

On page 835 and 836 Breivik lists his “7 deadly mistakes to be avoided,” the third mistake is not “to select an overwhelmingly protected individual as a target for assassination. 12 failed attempts on an extremely well protected individual could have alternatively been 12 successful attacks on lesser targets executing more than 50 primary targets. Targets should be influential media personalities — multiculturalist politicians, journalists/editors, cultural marxist professors….(sic)”

"We are not a country that criminalizes people for their darkest thoughts and web searches," Hellgren quoted the defense. "It is not a crime to write about a doomsday scenario; Mr. Hasson denies government allegations...We are asking Mr. Hasson be released back home to his wife; Fed prosecutor: When you pair everything together -- [purchase] of guns, search history -- he’s a danger."

The judge commended the defense for their "eloquent" argument that there be only one misdemeanor and one felony charge, but evidence weighs in favor of the government's case. The judge ultimately ordered Hasson to be held in custody and gave prosecutors 14 days to file more charges that reflect the evidence and terror-plot allegations.

The totality of the evidence is "concerning," the judge said. “It seems to be going according to script" of the plot.

You can follow Hellgren for more updates as the story develops.