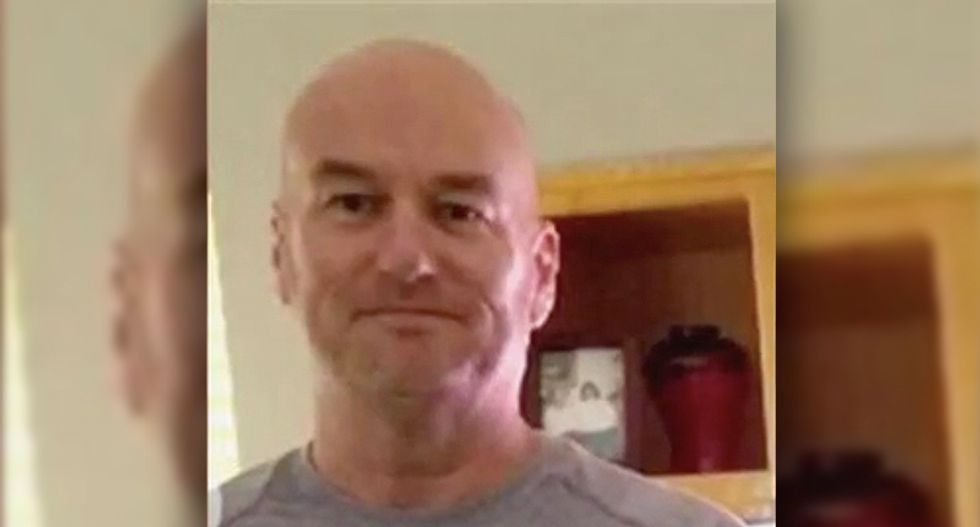 Seamus Hughes of the George Washington Program on Extremism tweeted Wednesday that a U.S. Coast Guard lieutenant was arrested on drugs and weapons charges. He noted that it seemed like an everyday event until court documents were published.

Christopher Paul Hasson was reportedly in contact with white supremacists and was developing a "hit list" of liberal senators he was aiming to attack.

“The defendant intends to murder innocent civilians on a scale rarely seen in this country,”  prosecutors said at the top of their documents.

"Hint about the importance of the case was in the opening paragraph," said Hughes with a screen capture of the documents.

“The defendant is a domestic terrorist bent on committing acts dangerous to human life,” it said.

"In Sept. 2017, the man sent himself a draft letter, which he apparently wrote to a known American neo-Nazi leader," the court documents say. "In the letter, the defendant identified himself as a White Nationalist for over 30 years and advocated for 'focused violence' in order to establish a white homeland. The defendant sent himself this letter roughly seven weeks after the Charlottesville neoNazi (sic) rally. In the letter the defendant wrote:

I am writing you regard to your ideas behind North West migration. To date I have read most of your books and briefly looked at your website. I am a long time White Nationalist, having been a skinhead 30 plus years ago before my time in the military. I have served in 3 branches currently serving as an Officer (never attended college) with 2 years till (sic) I hit mandatory retirement at 30.... While I fully support the idea of a white homeland, my friends who still play at being a skinhead at 40 plus years old say that you are an informant. That is neither here nor there it is not accusation the person who told me this served a 12 year prison sentence and never ratted me out so I will not dispute him nor will I accuse you. I never saw a reason for mass protest or wearing uniforms marching around provoking people with swastikas etc. I was and am a man of action you cannot change minds protesting like that. However you can make change with a little focused violence...The government has expertly infilitrated and destroyed from within most if not all Pro White organizations... We need a white homeland as Europe seems lost. how long can we hold out there and prevent n*ggerization of the Northwest until whites wake up on their own or are forcibly made to make a decision whether to roll over and die or to stand up remains to be seen. But I know a few younger ones that are tired of waiting and I feel we need them to resettle and build a community before they throw their life away with some desperate measure like shooting up a mosque in an area that doesn't want us. They need a Homeland to fight for as America has turned its back on them. I know more than a few that went this path and it's a f*cking waste.

Hasson also acquired "his own arsenal with firearms, firearms equipment" and over 1,000 rounds of ammunition. You can see it in the photo below:

Page 921 of [Anders Behring] Breivik manifesto encourages would be assailants to concentrate on massive and compact buildings with high concentration of Category and B traitors that are vulnerable to a “single source” blast or assault during Phase 1 of their attack. On page 835 and 836 Breivik lists his “7 deadly mistakes to be avoided” the third mistake being “to select an overwhelmingly protected individual as a target for assassination. 12 failed attempts on an extremely well protected individual could have alternatively been 12 successful attacks on lesser targets executing more than 50 primary targets. Targets should be influential media personalities — multiculturalist politicians, journalists/editors, cultural marxist professors….”

According to the court documents, On February 26, 2018, the defendant performed the following internet searches: “most liberal senators”; “where do most senators live in dc”: senators have ss [secret service] protection”; and “are Supreme Court justices protected.”

In another document, Hasson said that he is "dreaming of a way to kill almost every last person on the earth. I think a plague would be most successful but how do I acquire the needed/ Spanish flu, botulism, anthrax not sure yet but will find something. Interesting idea the other day. Start with biological attacks followed by attack on food supply."

One CNN analyst wondered if he said or did something among superiors at the Coast Guard that could have tipped them off. Others speculated his interaction on sites like Gab could have set off investigators.

The Coast Guard has released a statement that they helped lead the investigation.

Raw Story is working to locate further information and this story is developing....