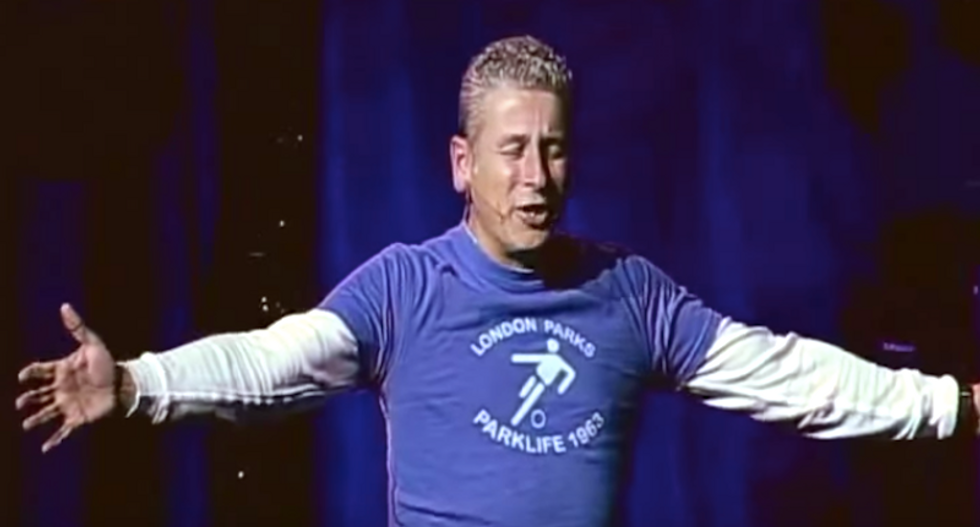 A Kentucky biology teacher showed students an astronomy video that she used to promote her Christian views in a public school.

The pre-AP biology teacher showed a one-minute video of the M51 Whirlpool Galaxy, which appears to show a cross at the center of it, to her class at Daviess County High School, reported the Friendly Atheist blog.

She then showed students a video of Pastor Louie Giglio preaching about the image, captured in 1992 by the Hubble telescope, which he said was proof of "Jesus everywhere."

A student in the class recorded video of the teacher's explicitly religious lesson, which went on through at least six minutes of Giglio's sermon.

The teacher has apparently presented similar Christian-based lessons to her biology students at the public school, according to the student's mother.

Another student identified the girl to the teacher, and said she had recorded the explicitly religious lesson.

The teacher asked the girl to delete the video, but she refused and posted it online.

The girl then reported the lesson to her vice principal, who told the student's father that classroom recordings were prohibited.

The vice principal and Principal Matt Mason did not address the teacher's religious instruction in the science classroom, so the family reached out to the Freedom From Religion Foundation.

The girl has been moved to another biology class while school officials investigate the claims.