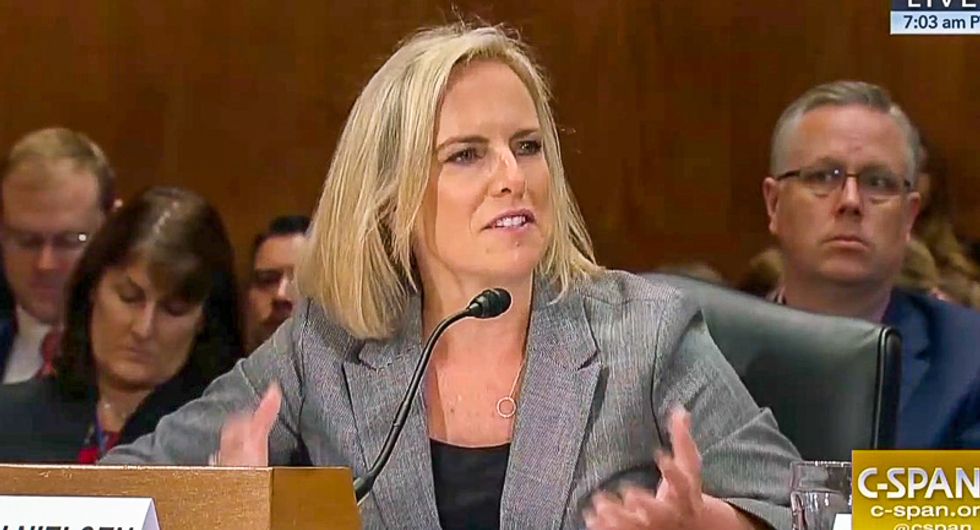 On Friday, Greg Sargent wrote in The Washington Post that President Donald Trump backed himself into a corner once he admitted that he gets his facts about the US-Mexico border from the department of Homeland Security.

During a press conference, in which Trump declared a national emergency to get an additional $8 billion for his border wall, a reporter asked him how justified a crisis at the border.

“I get my numbers from a lot of sources, like Homeland Security primarily," Trump said.

"As luck would have it, the person who is in charge of Homeland Security is coming to Capitol Hill very soon," Sargent wrote. "Secretary Kirstjen Nielsen is scheduled to testify before the House Homeland Security Committee on March 6, at a hearing entitled, The Way Forward on Border Security."

During this hearing, Sargent explained that Democrats could press Nielsen on the facts.

"This has new relevance now that those claims are the basis for Trump’s declaration of a national emergency, which he’s using to appropriate the power to build large portions of his wall without congressional authorization," he wrote.

Adding, "Nielsen will have to choose between falsifying widely available facts, on the one hand, and undercutting Trump’s case for a national emergency on the other."

Nielsen will find herself in tough position, he suggested, adding she will either have to tell the truth or expose Trump’s buffoonery.

"Is Nielsen really going to contradict that? If so, Democrats can simply quote those very same officials telling the truth, making Nielsen’s efforts to prop up Trump’s falsehoods look even more buffoonishly absurd," Sargent said.