'A lot of ignorance and a lot of lies': Journalist explains why everyone should doubt Trump's Super Bowl interview 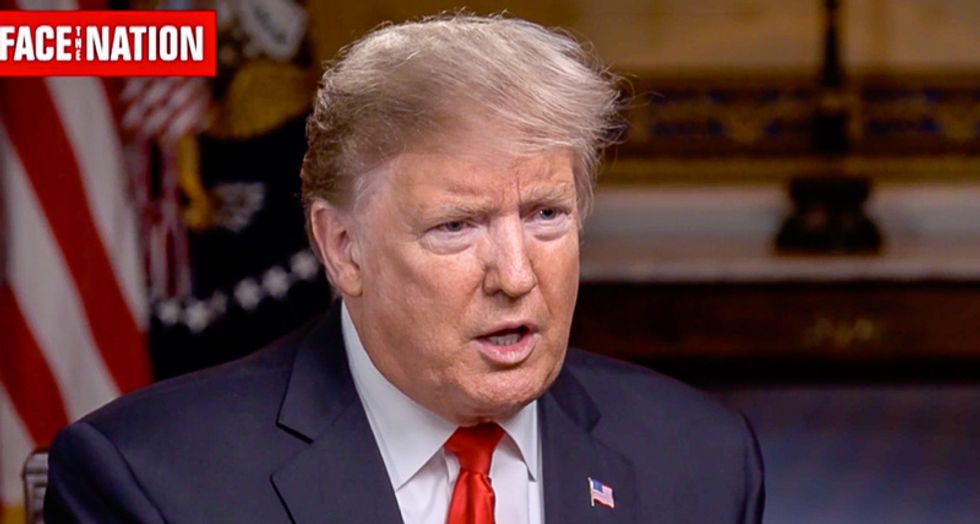 Freelance journalist Laura Bassett on Sunday warned Super Bowl-watchers not fall for President Donald Trump's pregame interview because she said it was filled with "a lot of ignorance and a lot of lies."

In an interview that aired on CBS before Sunday's big game, Trump said that he had seen "Mueller's report" on the 2016 election and that it did not link his campaign to Russia. In fact, special counsel Robert Mueller has not released his report and so it's unlikely that the president has read it.

Trump suggested that his intelligence community is so inept that it might describe Iran as a "wonderful kindergarten" and that he might leave troops in Iraq to "watch Iran."

The president went on to describe House Speaker Nancy Pelosi (D-CA) as "very bad for our country."

"I heard a lot of word salad in that interview," Basset told MSNBC's Alex Witt on Sunday. "There were a lot of topics on which he demonstrated a complete lack of understanding. He completely flubbed the meaning of the red line in Syria."

"I think Trump was talking really fast and not saying a lot," she added, "and if you paused at any moment to think about what he just said, you would hear a lot of ignorance and a lot of lies."