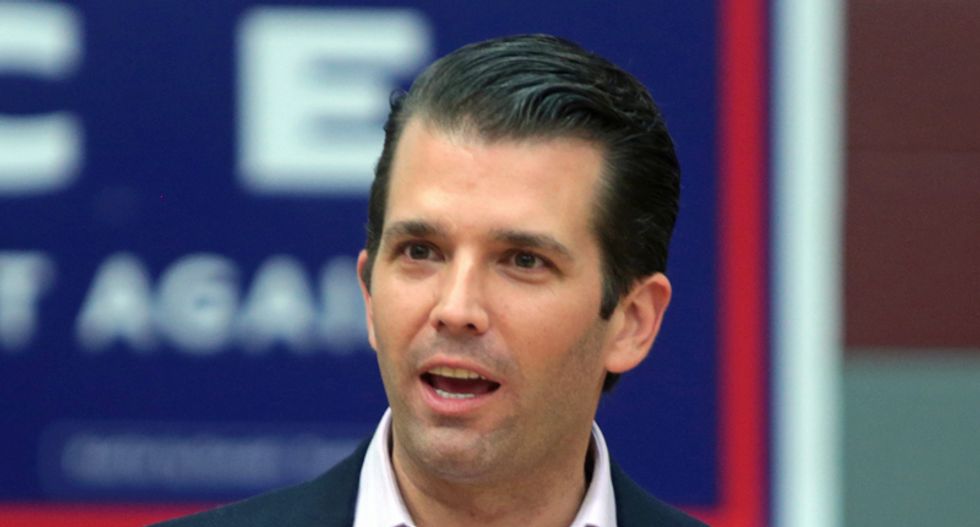 Donald Trump, Jr. speaking with supporters of his father at a campaign rally at the Sun Devil Fitness Center at Arizona State University. (Photo by Gage Skidmore.)

Multiple reports that broke Thursday night indicated that the blocked phone numbers that Donald Trump Jr. called while setting up the infamous Trump Tower meeting with Russian operatives in 2016 were not to Donald Trump himself.

However, Trump Jr. might not be totally out of the woods just yet because one of blocked numbers reportedly belonged to a man named Howard Lorber, a longtime family friend who for years had been trying to help make the Trump Tower Moscow project a reality.

As Washington Post columnist Josh Rogin wrote all the way back in August 2016, Lorber is "businessman with extensive investments in Russia who tried to get a Trump Tower built in Moscow."

Trump named Lorber an economic adviser to his campaign in the summer of 2016, after Trump Jr., Jared Kushner, and former campaign chairman Paul Manafort met with Russian operatives who promised them dirt on Democratic rival Hillary Clinton.

And as Rogin documented more than two years ago, Lorber was far from the only Trump campaign member with ties to Russia.

Former Trump "fixer" Michael Cohen had also worked on trying to nail down a Trump Tower Moscow project during the 2016 election despite the fact that Trump at the time insisted that he had no business dealings in the country.