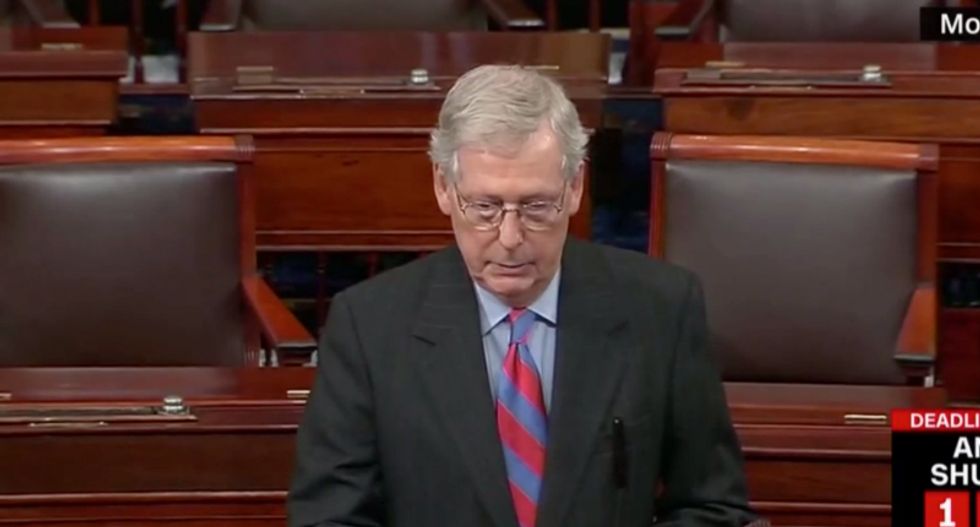 Democratic Michigan Congressman Dan Kildee all but called Senate Majority Leader Mitch McConnell a sniveling coward who was afraid to do his job, after the Kentucky Republican refused to call a vote on funding the government until he got "permission" from President Donald Trump.

"I hope the Senate acts fast before the president changes his mind again. He seems to change his mind on an hourly basis," said Kildee, after the news broke that Trump would sign the bill, but would declare a national emergency, a move backed by McConnell.

"I do think it's an abdication of Leader McConnell's responsibilities that he has to wait for permission from the president of the United States for him to do the job that he was elected to do," Kildee continued. "That's disappointing." But he added that "we won't need the president's signature" because enough members of both Congress and the Senate supported the bill to override any threatened veto.

"The fact that the president's going to make an emergency declaration? Many of us have serious questions about whether or not he has that authority," he went on. "It may be that leader McConnell felt that it's something that he had to give the president in order to get permission for him to take this vote to the floor. That's a really disappointing commentary."

"But if we get this bill passed and the president signs it, I guess that's a step in the right direction," Kildee added. "But it's not a very good way to run a government."