Meghan McCain rips Jared Kushner and Ivanka Trump for coming to her dad's funeral: 'Hope I made them uncomfortable' 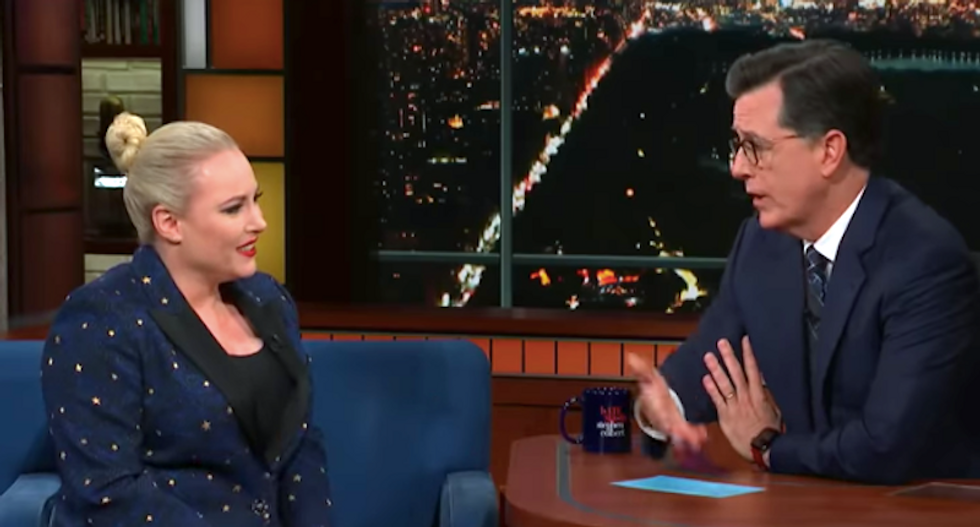 Meghan McCain wishes Jared Kushner and Ivanka Trump hadn't shown up at her father's funeral, and she hopes her pointedly anti-Trump remarks made them uncomfortable.

"The View" co-host appeared Thursday on "The Late Show," where host Stephen Colbert offered his condolences to McCain for the passing of her father, Sen. John McCain (R-AZ), and asked about Trump's daughter and son-in-law coming a funeral the president had been invited to attend.

“A funeral is obviously a sacred time," McCain said, "and I thought that my family had made it clear, or at least I had, that the Trumps are unwelcome around me and that my father had been clear about the line between the McCains and the Trumps. So I was surprised when they were there, and it made me uncomfortable -- and I hope I made them uncomfortable, honestly, with everything.”

In her eulogy, McCain witheringly compared her father's record of public service, as a Vietnam War veteran and longtime legislator, to the president's personal history as a celebrity businessman, and she still hasn't forgiven Trump's repeated insults of her father.

“I really want it made very clear that, the Trumps had beef with me then, and in the words of Cardi B, they’re going to have beef with me forever," she said, "and I’m not going to forget.”

She wrote the eulogy ahead of time, aware that her father was dying from cancer, and McCain said she hadn't envisioned Ivanka Trump and her husband would be there to hear it in person.

“It’s sort of a strange element to my life now that they attended,” McCain said, "and I wish they had chosen not to out of respect, if nothing more for me, but it’s their call, and I think America can judge on its own what they thought of that and what they thought of my eulogy.”