Mike Pence praises Trump for pushing government shutdown: 'He was willing to take a stand' 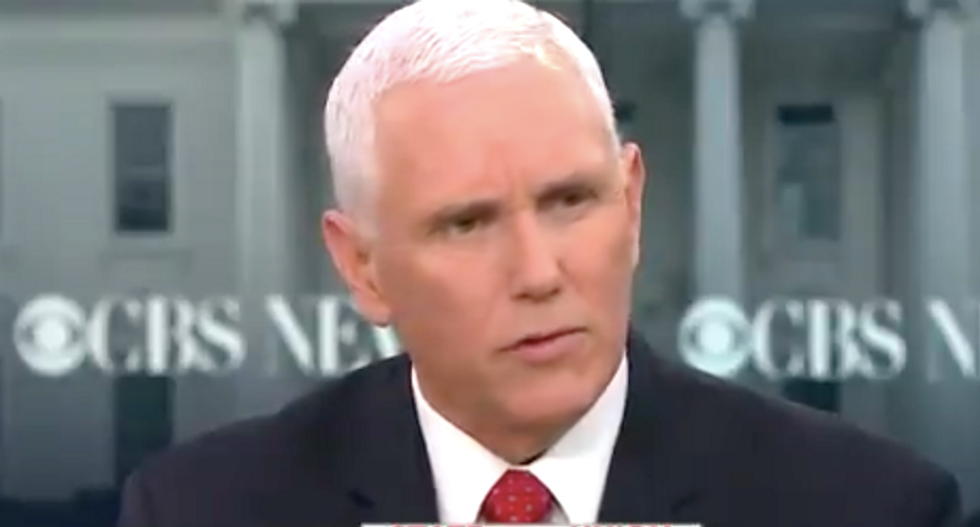 Vice President Mike Pence defended President Donald Trump for shutting down the government to force legislative action on his border wall, and said they could try it again next week.

The vice president appeared Wednesday on "CBS This Morning," where he praised Trump for forcing the 35-day-long shutdown to gain leverage to demand $5.7 billion in funding for his long-promised border wall.

“I never think it’s a mistake to stand up for what you believe in," Pence said, "and I think what the American people admire most about this president is he says what he means and he means what he says in a very real sense.”

“He said there’s a crisis at our southern border," Pence added. "He said he was determined to get the funding to build a wall and secure our border, and he was willing to take a stand to accomplish that.”

Congressional Democrats have vowed they would never fund a border wall, and Pence refused to guarantee the president would not force another shutdown when a temporary agreement ends Feb. 15.

“Well, I think our hope is that there’s not, but I can’t make that guarantee,” Pence said. “The simple truth is that Congress needs to do their job. The president laid out last night a common-sense approach to deal with what is a very real crisis on our southern border.”