MSNBC's Morning Joe blames Trump for inspiring violence: 'He sees this as a sign of strength' 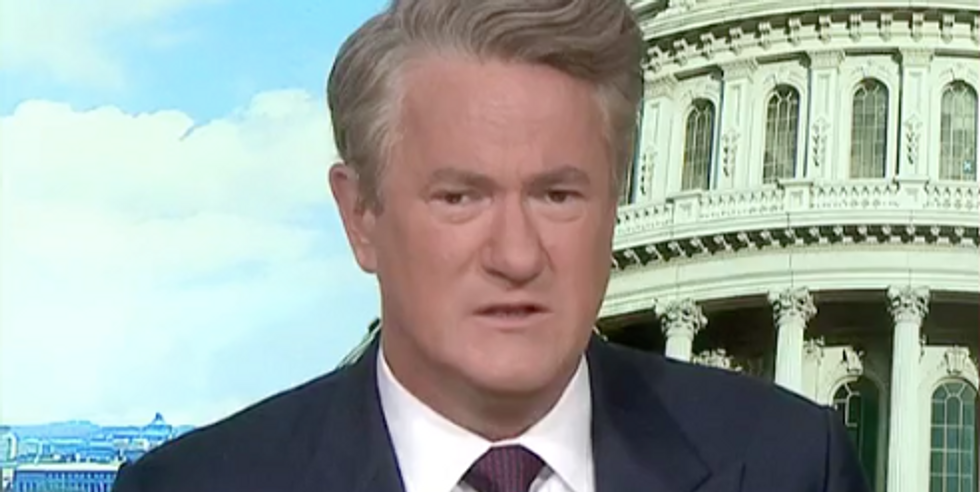 MSNBC's Joe Scarborough drew a straight line between President Donald Trump's tweets and violent threats made by his supporters against media critics and political opponents.

The "Morning Joe" host was reportedly one of the targets singled out by a Coast Guard lieutenant as part of a planned white nationalist killing spree, and he laid the blame squarely on the president.

"I think he know what actions his words will lead to, and what it will encourage," Scarborough said. "There were times when you talked to him and he seemed weirdly pleased that his supporters would beat up other people in the audience. He'd never vocalize it, but he would react in a way that way that was deeply disturbing, and we saw it."

"He would encourage people in rallies to cause physical harm, to cause violence to people who did not support him," Scarborough said. "At the end of the day, only tyrants use terms like 'enemies of the people,' and Donald Trump has proven, as I've said from the beginning, he's an autocrat in training. The only thing that has held him back has been the United States Constitution."

Scarborough said he's known Trump for more than a decade, and he said the president was certainly aware of the actions his words provoked.