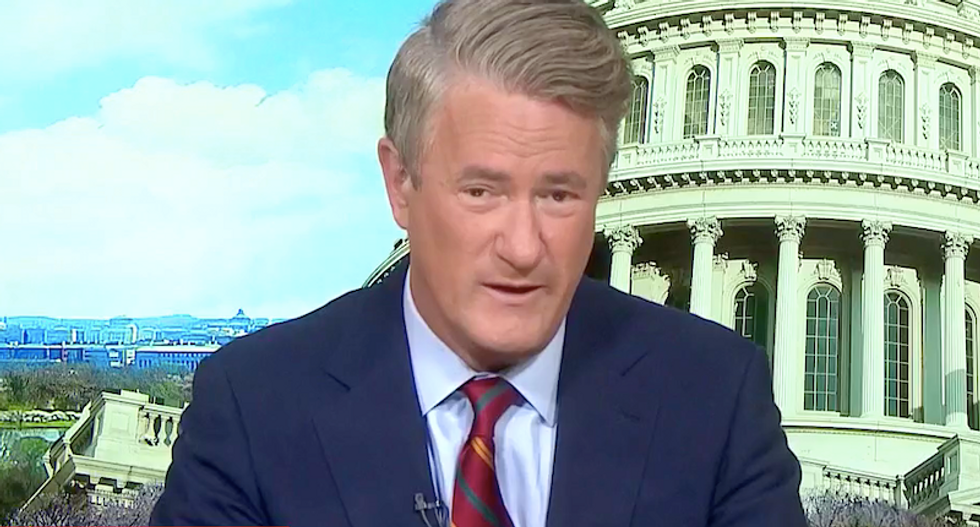 The "Morning Joe" host and other panelists said GOP lawmakers showed no curiosity as Michael Cohen testified before the House Oversight Committee about his work for the president, whom he implicated in multiple criminal conspiracies.

"It was another sorry, self-defeating step to political oblivion, crassly covering up for a commander in chief who is unworthy of their loyalty, and they did it shamelessly in plain sight for all the world to see," Scarborough said. "You had Republicans on that committee so either unaware or uncaring of the fact that potential crimes and misdemeanors that the president may have committed were being brought up before them, and none of them sought to go down those lines of inquiry."

"That would be the biggest scandal in the history of presidential scandals, but there's not a single follow-up question about that fact," Geist said. "I know the objective was to undermine the credibility of Michael Cohen, and they tried to do that with every question, but do you have no curiosity about some of the questions that Michael Cohen raised?"

Vanity Fair reporter Emily Jane Fox, who speaks often with Cohen, said it was a powerful moment when the former Trump "fixer" warned Republicans that he too had once protected the president at all costs, and it cost him everything.

"Him pointing out that, 'I was in your shoes and it leads to great consequences,' was one of those moments where you are kind of felt an exhale in the room," Fox said. "The hypocrisy was on full display yesterday."

"It was brought up several times in the hearing, the thousands of times that the president has lied since he has taken office, it came up a number of times," Fox added. "What I thought was an effective strategy of credibility for Cohen is every time it was brought up, 'You lied,' he said, 'You're right.' He made the point of saying, 'This is why I brought the evidence, this is why I brought all of these documents.'"

Scarborough singled out Rep. Jim Jordan (R-OH) for scorn, saying the committee's ranking Republican went after Cohen for lying while repeating a lie of his own.

"How incredible that you did have Republicans -- they don't give a damn when Donald Trump lies 6,500 times or however many times the fact-checkers have shown he has lied, and it's obvious lies," Scarborough said. "People try to undermine the fact-checkers, they make fools of themselves because there are so many lies."

"The lies are constant, and these Republicans so shocked that Michael Cohen may have lied," he added. "It's outrageous. I'll tell what you else is outrageous. Jim Jordan lied repeatedly about the chairman, about Elijah Cummings, saying this is the first hearing you've had. Elijah thundered back at the end."