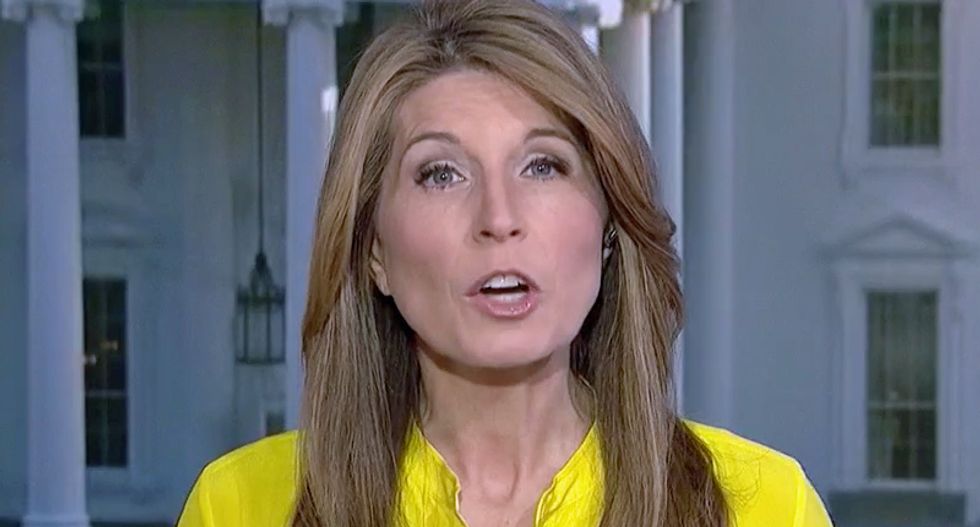 MSNBC anchor Nicolle Wallace on Tuesday broke down the "grave legal peril" for President Donald Trump as he prepares to give his State of the Union address.

"When Donald Trump walks into the House chamber tonight, he will be making the kind of history that you're not likely to hear touted from his Twitter feed or the bimonthly press briefings," she predicted.

"He will likely not mention that among the ways he's changing the presidency is this: nearly every organization -- political and professional -- that Donald Trump has ever been associated with, is under investigation today," Wallace reported.

"The latest Trump entity to be served with a subpoena, the president's inaugural committee," she noted.

The host read a quote from The Washington Post.

Wallace also read a quote from The New York Times.

"[T]hey showed that the investigations surrounding Mr. Trump, once centered on potential ties to Russia during the 2016 presidential election, have spread far beyond the special counsel’s office to include virtually all aspects of his adult life: his business, his campaign, his inauguration and his presidency," The Times reported.

The latest investigation is led by the Southern District of New York, but is not unrelated to the investigations being conducted by special counsel Robert Mueller.

"And while the subpoena comes from the same prosecutors who charged Michael Cohen and implicated Donald Trump in an illegal hush money scheme before the election, there is an overlap with what we know the Justice Department and FBI have been interested in -- a suspicious number of Russians and Pro-Russian Ukrainians at the inauguration," Wallace explained.

"The picture of grave legal peril for the president coming into focus as even his closest allies, people like Chris Christie, have predicted," she concluded.

"This is a very broad-ranging subpoena and it augers a whole smorgasbord of different crimes, but it's true we have the latticework now combining all kinds of different names and episodes and incidents we've heard before that may lead to Ukraine, to Qatar, to all -- it's a very rich series of leads," Litman explained.

"And the fountainhead of it all -- Michael Cohen. He is the one who's been there for the ten years and it's his and Rick Gates' cooperation that gave rise to this particular investigation and he and the Southern District of New York are basically not going to stop until everything has been unearthed," he predicted.