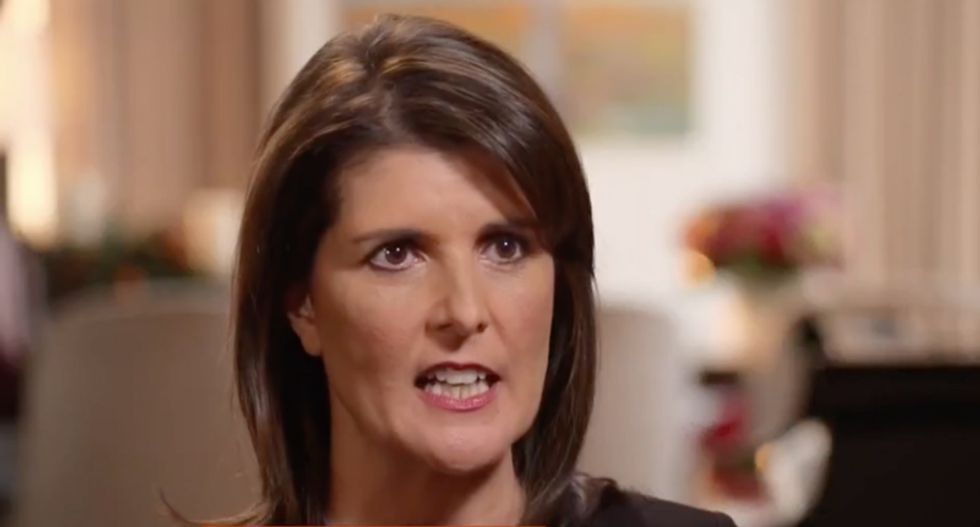 On Thursday, President Donald Trump said that he believed North Korean dictator Kim Jong Un's claim that he had not been aware of the brutal abuse of Otto Warmbier, an American college student who was imprisoned in North Korea in 2016.

Warmbier died upon his return to the United States.

In a seeming rebuke of the President's cavalier attitude towards the Warmbier case, former UN ambassador Nikki Haley tweeted her support for the Warmbier family.

"Americans know the cruelty that was placed on Otto Warmbier by the North Korean regime. Our hearts are with the Warmbier family for their strength and courage. We will never forget Otto," she posted.

Americans know the cruelty that was placed on Otto Warmbier by the North Korean regime. Our hearts are with the War… https://t.co/71dw2nQR3c
— Nikki Haley (@Nikki Haley) 1551369249.0

Haley did not mention the president, but her tweet was viewed as a subtle pushback against Trump's sympathetic comments towards the North Korean leader.

@NikkiHaley @jaketapper Man it really is telling how EVERYONE that leaves the Trump orbit will suddenly display the… https://t.co/Tyvqve0CUn
— CJ Belleville (@CJ Belleville) 1551371722.0

@NikkiHaley Glad you tweeted this... thank you. Because the President sure didn’t get the memo.....
— pantherfanjackie (@pantherfanjackie) 1551371458.0