North Carolina election fraud scandal is like something out of the 19th century: Bloomberg editor 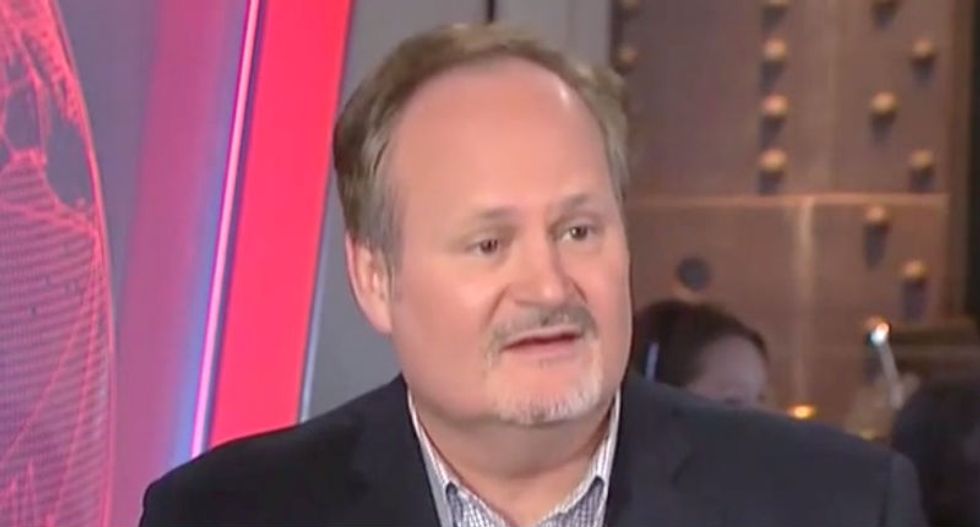 Bloomberg Media executive editor Tim O'Brien told MSNBC on Tuesday that the election fraud scandal playing out in North Carolina was almost comical, and took him back at least two centuries to the Gilded Age.

Reporter Leigh Ann Caldwell described the case, which has pitted family members Lisa Britt and her stepfather McCrae Dowless against each other in court testimony detailing vote-rigging and fraudulent ballots at Dowless's behest, as a "soap opera". O'Brien heartily agreed.

"I think Mark Twain would recognize McCrae Dowless from a million miles away," O'Brien laughed. "This is like 19th century, Gilded Age vote rigging. And it's tragicomic."

"We've gotten used to this in politics because we're in the Trump era," he continued. He added that it was another example of things that "would be comic if they weren't dangerous or had such an impact on people's lives."

"I think it's another reminder," O'Brien said, "that U.S. politics right now in this era is degraded."