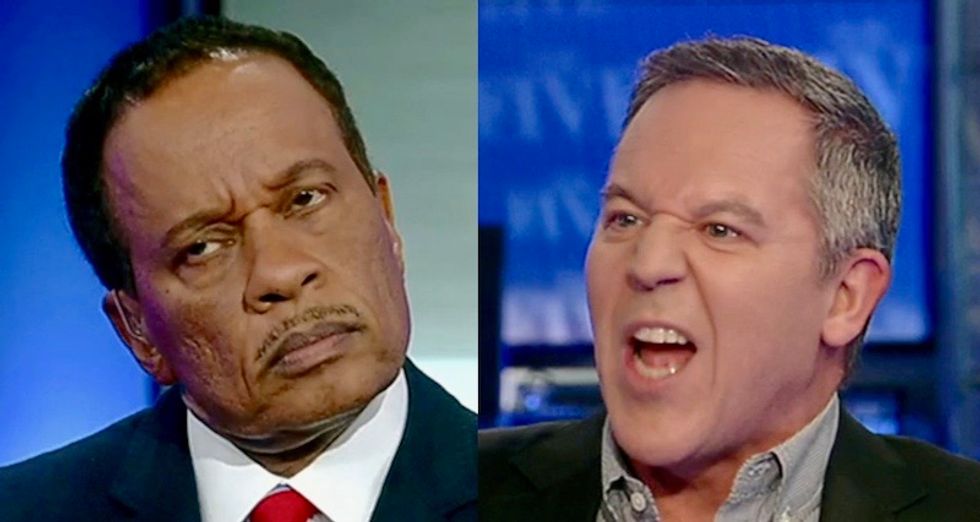 On Wednesday, Fox News host Juan Williams and Greg Gutfeld went off the rails over the Michael Cohen testimony.

While Williams was speaking, Gutfeld interrupted him and told him to let the other panelists share their thoughts and opinions about Cohen.

"Are you guys ever going to let me finish,?" Williams asked.

"No, because you are always finishing. There is somebody sitting there who hasn't said a damn word," Gutfeld said.

"You are so deep in the bunker that all you do is spew, spew, spew," Williams said.

Watch below via Fox: