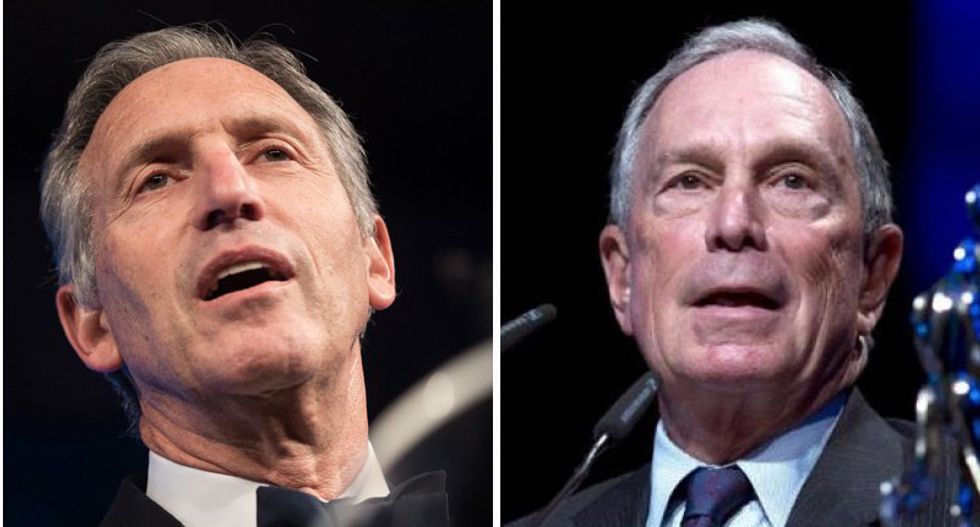 It’s time to thank our lucky stars that the good people of New York’s 14th congressional district in Queens had the wisdom last November to elect Alexandria Ocasio-Cortez to represent them. All it took was a few tweets and TV interviews for her to blow up the Democratic primary for president, and at 29, she’s not even eligible to run!

Her advocacy for a 70 percent top marginal tax rate has introduced an issue into the campaign that we should have been talking about 20 years ago. Ever since Ronald Reagan and the Republican party took cutting taxes as their reason for being, Democrats have cowered in corners splitting hairs with them. Should we raise the top rate back to 39.6 percent from the 35 percent rate which existed under the Bush tax cuts? Ooooooo! That’s a tough one! A big argument over 3.9 percent!

Obama did it by letting the Bush tax cuts expire, but there the discussion about taxes has stood until AOC came along and raised her hand and said, wait a minute! Can’t we expect the rich to pay more when the top one percent of American households own 40 percent of the country’s wealth? According to the Washington Post, the rich in this country own more wealth than the bottom 90 percent combined.

AOC and her tax rate have the two billionaires in the race running scared. Former Starbucks CEO Howard Schultz told CNBC, "I don't think we want a 70 percent income tax in America.”

You would think that a guy with a net worth Forbes Magazine estimates as $3.4 billion would show a little leg when it comes to discussing taxes, but nooooooo! He’s the guy who discovered that people are willing to pay two bucks and more . . . much, much more . . . for a cup of coffee! Schultz is a genius! He deserves to keep his hard-earned money!

Schultz is apparently on board with conservative commentators who are squealing that if enacted, such a tax rate would cause investment capital to flee the country. Of course, AOC is proposing a raise in the marginal top tax rates on personal, not corporate income, which kind of blows a hole in their panic over business capital investment. The fact that the Trump tax cut of 2017 slashed the corporate rate from 35 percent to 21 percent seems not to matter to Schultz and his pals. Nor does the fact that many large corporations avoid paying any tax at all with various tax avoidance schemes that they paid big lobbying money to have written into the laws.

Then there is former New York Mayor Michael Bloomberg, who was once quoted as saying that raising taxes on the rich “is about as dumb a policy as I can think of.” He hasn’t formally weighed in on the AOC 70 percent proposal, but his magazine ran a story headlined, “A top marginal tax rate of 70 percent is bad economics and even worse politics,” which is a pretty good hint where he’ll come down on the issue if and when he gets around to throwing his hat into the Democratic primary ring. Forbes estimates his net worth as $48.2 billion, so I guess we shouldn’t be surprised. Bloomberg is the genius behind the Bloomberg Terminal, the computer wizardry that helps mere millionaires earn their fortunes in the so called “financial markets,” where they move money around and take a generous cut for themselves when they’re not completely tanking the global economy like they did back in 2007-2008. Bloomberg is a genius! He deserves to keep his hard-earned money!

The real favor Alexandria Ocasio-Cortez did for the next presidential campaign was to raise the question of whether we need billionaires at all. Her answer, and mine if you’re curious, is no.

Here’s the thing about billionaires and their money, and I’m not just talking about the “bad” billionaires like, say, the Sackler family of Purdue Pharma L.P., who were recently accused by the Massachusetts attorney general of making a goodly portion of their billions by conspiring to get people hooked on their opioid painkiller, Oxycontin. I’m talking about the “good” billionaires like Bill Gates and Warren Buffett, who have pledged to donate their fortunes to charity, and the new, young billionaires, like Mark Zuckerberg, who doesn’t have any more of an idea of what to do with his money than he does running Facebook.

The thing they all have in common is that they know better than we do about the best way to spend the money they’ve got. Bill Gates and his wife might want to help end the scourge of AIDS in Africa, or they might want to help educate the poor children of the inner city. Warren Buffett made headlines last summer when he announced that he was donating $3.4 billion of his hard-earned dollars to five charities. The bulk of it went to the Bill and Melinda Gates Foundation, and the rest went to four of his own family’s foundations. According to Fortune, “Since 2006, Buffett has donated over $30 billion to charity, of which $24.5 billion went to the Gates Foundation.”

You read that right. Buffett’s idea of charitable giving is to move his money over to other charities, some of them owned by himself and his own kids. This is because billionaires like Buffett and Gates think they know better how to spend their hard-earned money than we, the American voters and taxpayers do. This is also how we find ourselves in the economic situation we are in today, where a few really, really rich guys own more stuff than quite literally hundreds of millions of the rest of us do.

The way you correct, or even prevent, so-called “income inequality” is to not let it happen in the first place. If you levy a higher tax on the wealthy, you get more tax money to spend the way officials of the government elected by the people decide to spend it. If the United States congress and the President of the United States get together and decide, say, that guaranteeing health care for all Americans through something like “Medicare for all” is a good idea, then taxing the rich will go a long way to getting us there.

The Schultzs and Bloombergs of the political world say that “Medicare for all” is deeply unpopular. But according to CNBC, “a recent Hill-HarrisX survey of 1,001 registered voters found that 59 percent supported Ocasio-Cortez’s proposal.” “A Fox News poll published last week found that 70 percent of registered voters backed hiking taxes for families making more than $10 million a year.”

It was author Scott Fitzgerald, writing in one of his early short stories, “The Rich Boy,” who said, “Let me tell you about the very rich. They are different from you and me.” Ernest Hemingway was supposed to have said, “yes, they have more money.” But it’s the rest of the quote from Fitzgerald’s story that rings bells today: “They possess and enjoy early, and it does something to them, makes them soft where we are hard, and cynical where we are trustful, in a way that, unless you were born rich, it is very difficult to understand. They think, deep in their hearts, that they are better than we are because we had to discover the compensations and refuges of life for ourselves. Even when they enter deep into our world or sink below us, they still think that they are better than we are. They are different."

He wrote those words in 1926, but he could have been writing about the billionaires we’ve got running around today telling us we should elect them president because they are so much smarter and richer than we are. It’s why you see their water-carriers in the congress making fun of AOC when she said she couldn’t afford an apartment in Washington D.C. until her congressional salary kicked in. They think they are better than you and me and Alexandria Ocasio-Cortez. That’s why they give their donations to each other in a charitable shell game. They think their buddies know better than we do what to do with that money.

I’ve got news for them. They’re wrong. We will see a top marginal tax rate higher than the one we’ve currently got, and we’ll see something approximating Medicare for all, and we’ll see it sooner than they think. Put that in the foam on your fucking latte and sip it, Howard.