My Pillow founder rouses CPAC with 'Jesus' rant: Trump is the 'greatest president' because he was 'chosen by God' 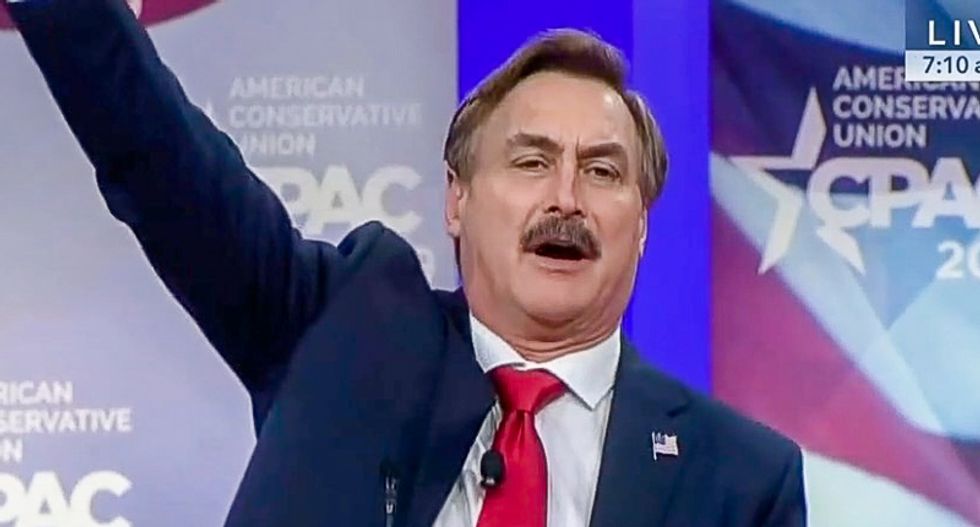 Mike Lindell, a conservative Christian and owner of My Pillow, asserted on Thursday that President Donald Trump has been "chosen by God."

During Thursday's Conservative Political Action Conference (CPAC), Lindell told the audience that Jesus had saved him from alcoholism and crack addiction.

"I woke up from years of addiction, and I was oblivious as to what was going on in our country," he explained. "What I saw before me were friends unemployed, terrible political correctness, people saying happy holidays instead of merry Christmas, and people trying to take god out of everything, and not even acknowledging Jesus Christ."

Lindell called Trump's entry into the 2016 presidential race "a divine and miraculous moment."

"Donald Trump invited me to the meet him at Trump Tower in New York City," Lindell said. "I walked into his office with high hopes on August 15th, 2016. I walked out of that office after meeting with him and I knew God had chosen him for such a time as this."

Lindell added: "God answered our prayers, our millions of prayers and gave us grace, and a miracle happened on November 8th, 2016. We were given a second chance and time granted to get our country back on track with our conservative values and getting people saved in Jesus name."

The My Pillow founder went on to say Trump was "chosen by God."

"As I stand before you today, I see the greatest president in history," Lindell said of Trump. "Of course he is. He was chosen by god. I see record low unemployment, from African-Americans to hispanics at an all-time low. I see 5 million new jobs created since Donald Trump took office."

Watch the entire speech below from C-SPAN.