'Presidential harassment’: Trump slams ‘hack’ Adam Schiff and says there is ‘no reason’ to investigate finances 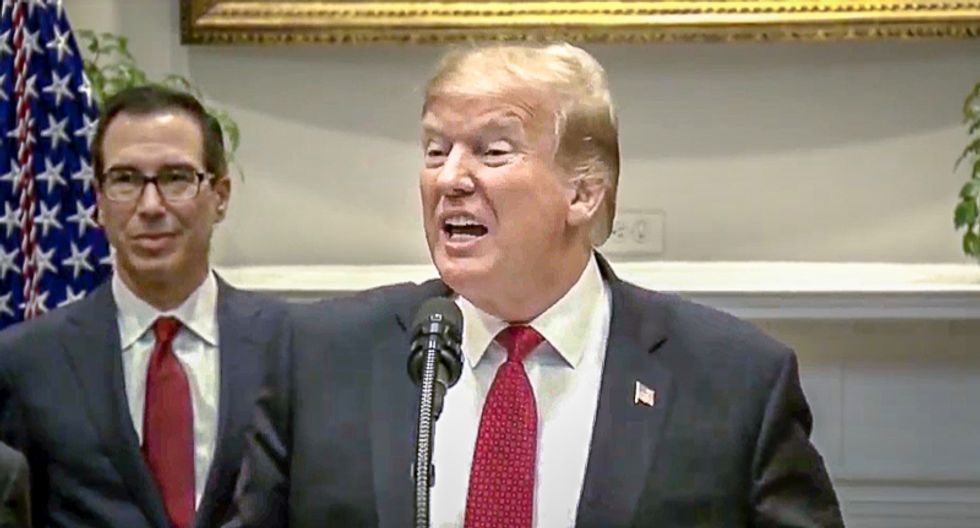 President Donald Trump on Wednesday suggested that there is "no reason" for Congress to investigate his personal finances.

At an event to announce his nominee for World Bank president, Trump was asked about Rep. Adam Schiff's (D-CA) insistence that investigations will go forward and that Congress will not be bullied by remarks in the president's State of the Union Address.

"That wouldn't be partisan, would it?" Trump asked sarcastically. "Under what basis would he do that [financial investigation]? He has no basis to do that."

"He's just a political hack," the president added. "There would be no reason to do that. No other politician has to go through that."

Trump said that the investigation "is called presidential harassment."

"And it really does hurt our country," he opined.

Trump went on to say that he was "very honored" by the people who praised his State of the Union speech.

"I just want to thank all of those people that said such nice things," he concluded.