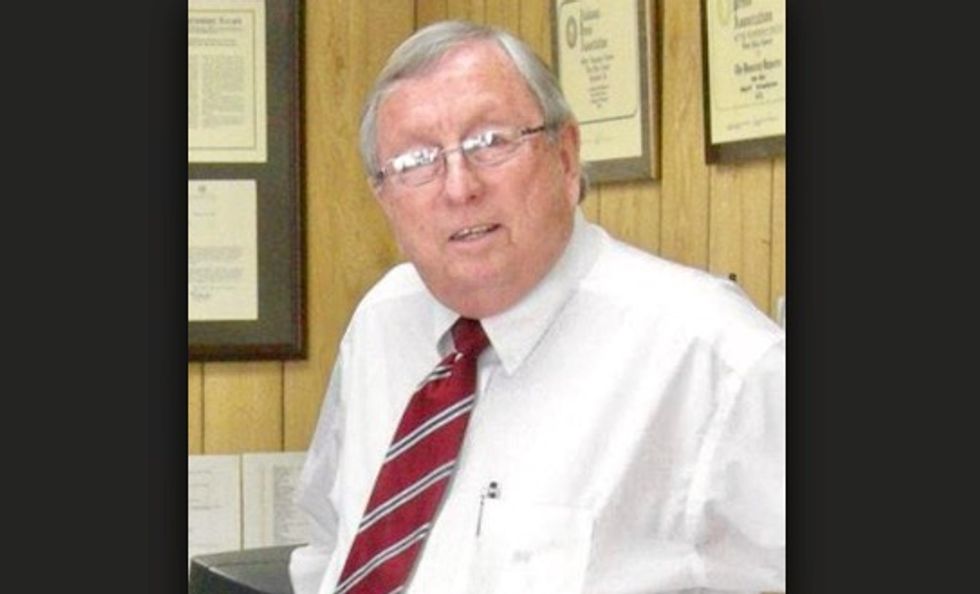 Alabama elected officials and journalism organizations condemned as hateful on Tuesday a small town newspaper’s editorial calling for the Ku Klux Klan to “ride again,” as pressure mounted on the publisher to resign.

The widespread rebuke of the editorial published last week by The Democrat-Reporter of Linden, a town in western Alabama with a population of about 2,000, came after a student journalist tweeted an image of the piece on Monday, calling attention to its language.

“Time for the Ku Klux Klan to night ride again,” said the unsigned editorial, which mainly aimed its ire at Democrats, accusing them of “plotting to raise taxes in Alabama.”

The Ku Klux Klan was a white supremacist group that terrorized blacks in the U.S. South and later targeted other minority groups, following the Civil War and the emancipation of African-American slaves.

“The rhetoric displayed by the Democrat-Reporter is disturbing, disgusting, and entirely unacceptable,” U.S. Senator Richard Shelby, a Republican from Alabama, said in a statement on Tuesday. “I urge the newspaper to issue an apology and the publisher to resign from his duties.”

U.S. Representative Martha Roby, a Republican from Alabama, also on Tuesday urged the publisher to resign, calling the newspaper’s language “hateful” in a tweet.

Goodloe Sutton, 79, the publisher of the weekly newspaper, told the Montgomery Advertiser newspaper on Monday he had written the editorial.

“If we could get the Klan to go up there and clean out D.C., we’d all been better off,” Sutton told the Montgomery Advertiser.

Sutton could not be reached for comment on Tuesday.

According to a report by the Southern Poverty Law Center, organized night patrols - or night riders - of white men in the South were used to enforce curfews for slaves, look for runaway slaves and guard against black uprisings. They carried whips and were authorized by law to administer lashings to any violators.

Other individuals and organizations that condemned the editorial in the Democrat-Reporter included U.S. Senator Doug Jones and Representative Terri Sewell, both Democrats from Alabama, The Alabama Press Association, Auburn University’s journalism program and the University of Southern Mississippi.

Sutton and his wife, Jean, in the 1990s won acclaim for a series of articles in The Democrat-Reporter that detailed corruption at their local sheriff’s department.

Jean Sutton died in 2003 from cancer, according to her obituary.

The circulation of The Democrat-Reporter, which is more than 100 years old and does not publish online, was about 3,000 in 2015, according to a report that year in the Montgomery-Advertiser.