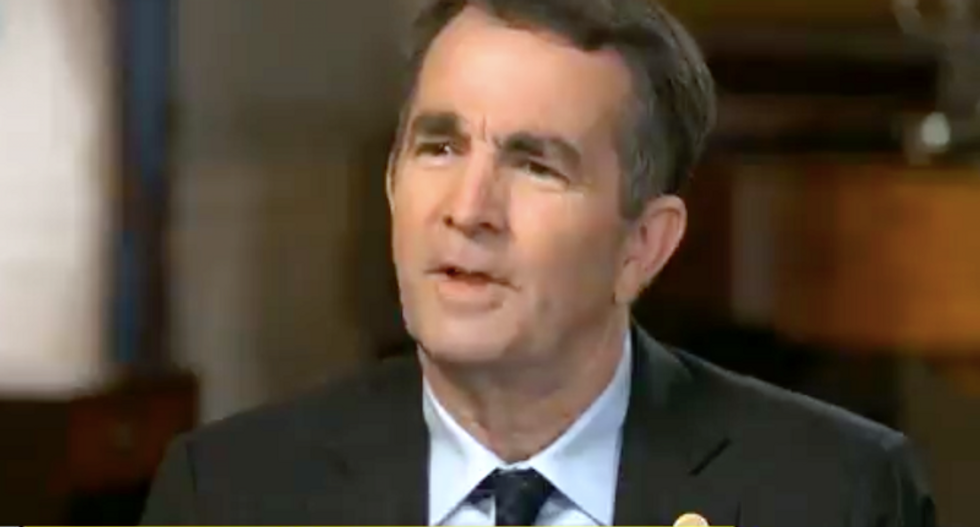 Embattled Virginia Gov. Ralph Northam says he has learned why blackface is offensive, after he admitted to darkening his face decades ago as part of a Michael Jackson costume.

The Virginia Democrat spoke with CBS News about a racism scandal that's engulfing his nascent administration, and said he had learned much about white privilege and race since the scandal erupted.

“Well, several things, starting with I was born in white privilege and that has implications to it," Northam told CBS News host Gayle King. "It is much different the way a white person such as myself is treated in this country versus --”

King interrupted to ask whether Northam had realized before the scandal that he had been born into white privilege.

“I knew I was, Miss King," Northam said, "but I didn’t realize really the powerful implications of that, and again talking to a lot of friends that has come crystal clear to me this week. I have also learned why the use of blackface is so offensive and, yes, I knew it in the past.”

.@GovernorVA @RalphNortham says he’s “not going anywhere.” He plans to stay in office, in spite of a racist photo p… https://t.co/uhqbvQEQhL
— CBS This Morning (@CBS This Morning)1549887487.0