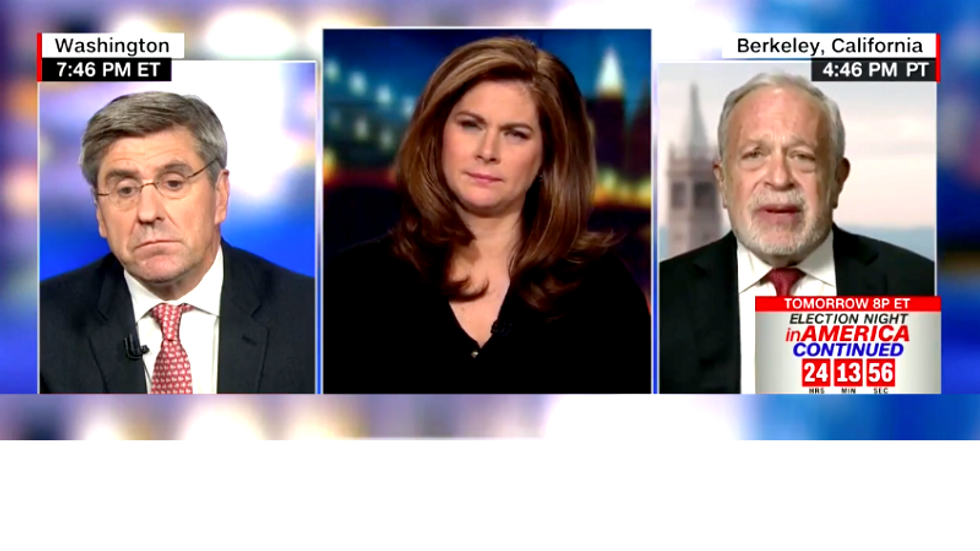 In an effort to save social security, Sanders proposed to increase taxes on income above $250,000.

"At a time when more than half of older Americans over the age of 55 have no retirement savings, our job is to expand Social Security to make sure that everyone in this country can retire with the dignity they have earned and everyone with a disability can live with the security they need," Sanders said according to CNN.

Moore suggested that people hate the rich and therefore want to tax them more than everybody else.

"I think we should have a flat tax rate in this country, where everybody pays the same rate, get rid of the loopholes and deductions," Moore said. "What I hate is this hate the rich mentality. That somehow the rich are sinister people."

He added, "I like Bill Gates, I like Warren Buffet, Lebron James, and Tom Brady. I like people that are successful in this country. One other quick thing, the top 1 percent already pays about 40 percent of the income tax. They pay more than the bottom 90 percent. The rich already do pay their fair share."

Reich then quickly fact-checked him.

"First of all, Steve Moore, nobody hates the rich just because you're saying to the rich we expect more," he said. "It means paying the same kind of share that is corresponding to the pain that is actually being attributed."

"Most Americans have had no increase in their income, if you adjust for inflation, in 40 years. Why shouldn't the rich pay more when more and more is concentrated at the top?" Reich said.

Moore then said that the Democratic Party is now the "party of greed and envy."

"I think the Democratic Party has been the party of greed and envy. They basically think the way we can solve all of our problems is to take money from rich people," Moore said.