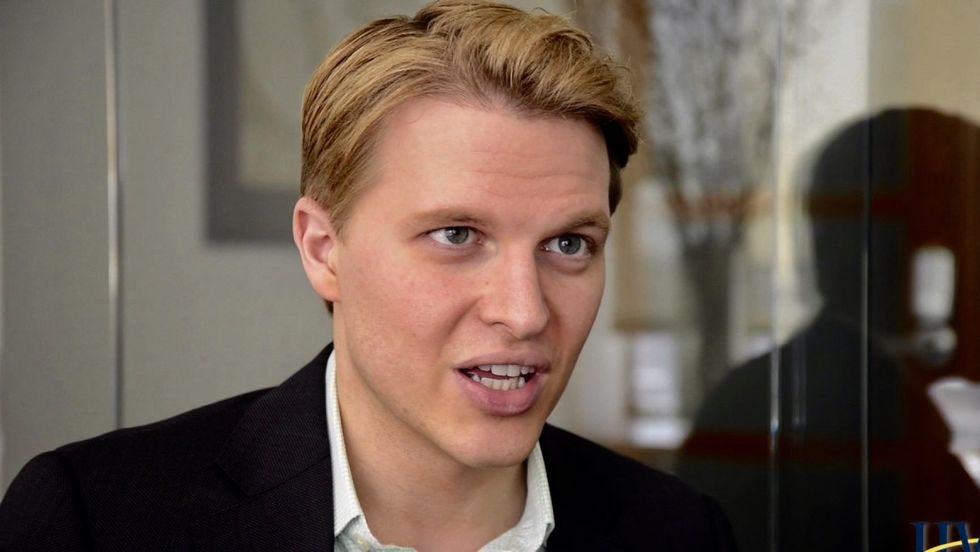 Ronan Farrow and at least one other journalist have allegedly received blackmail threats from the National Enquirer after reporting on the tabloid and President Donald Trump.

Farrow revealed the threats Thursday evening after Amazon CEO Jeff Bezos published emails from the tabloid threatening to publish explicit photos taken from his phone if the Washington Post, which he also owns, did not stop investigating the publication, the Post reported.

Farrow published a story in April about the Enquirer's "catch and kill" practice," which involves paying off sources and then burying the stories, that helped Trump during his 2016 campaign.

Former Associated Press editor Ted Bridis also tweeted that the media organization had been warned that AMI, the Enquirer's publisher, hired private investigators to target AP reporters looking into their efforts to help Trump, although he never saw evidence this took place.

The Daily Beast reported that attorneys for AMI aggressively responded, including unspecified threats, to two stories published last week about Bezos and the Enquirer.

The Post obtained documents that show AMI attorneys tried to pressure The Daily Beast not to publish reports suggesting that Trump's allies were involved in efforts to reveal the Bezos affair.

The tabloid threatened to sue if the website used any material from a former Enquirer executive who has been hired by the website.