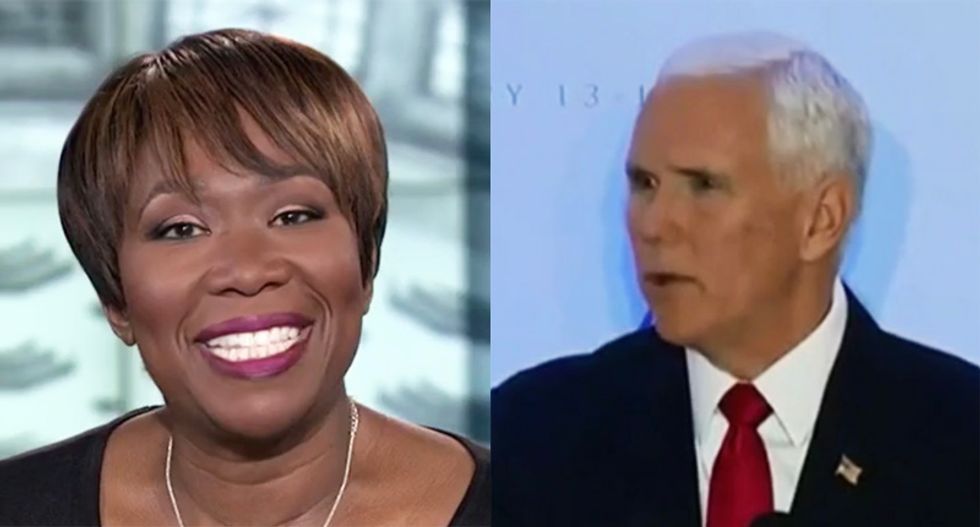 MSNBC host Joy Reid relished reliving Vice President Mike Pence getting the cold shoulder and a lack of applause from an audience of diplomats at the Munich Security Conference in Germany, taking a dig at the veep's chilly reception.

While Germany's Angela Merkel received a standing ovation from the crowd, all Pence heard was crickets as he paused during apparent applause lines as he stood waiting.

According to Reid, "Take a look at the reaction Thursday when Pence called for Europe to join America in pulling out of the Iran nuclear deal."

After sharing the clip of a distraught Pence waiting, Reid added, "Oh, the sounds of silence. As Pence's 'dear leader' would say: sad!"