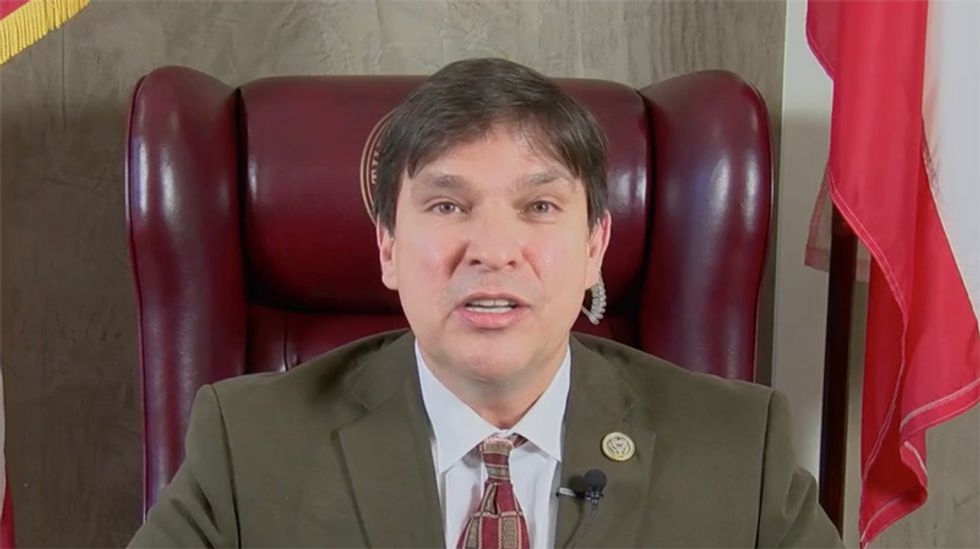 Appearing on MSNBC on Saturday morning a Democratic House member representing the district encompassing McAllen, Texas, said Trump is dead wrong about crime in his district and should instead visit cities with real crime problems

Speaking with host Alex Witt, Rep. Vicente Gonzalez (D-TX) took offense at the president calling border towns "lawless communities" and pointed out that McAllen did not have one homicide last year.

"What kind of impact has illegal immigration had on your constituents?" host Witt asked.

"Well, the reality is McAllen is one of the safest cities in America," Gonzalez explained. "In fact, we're the seventh safest city in America. We had zero murders in the year of 2018. El Paso, where he's visiting is the safest large city in the country."

He later added, " I can assure you McAllen is safer than any city the president has ever lived in. It's much safer than New York City, much safer than Washington, D.C. I could walk around the middle of the night in the city [McAllen] without a single threat. I'm very careful to do that in Washington, D.C., so you know this rhetoric and this campaign rhetoric that has continued for two years needs to stop."