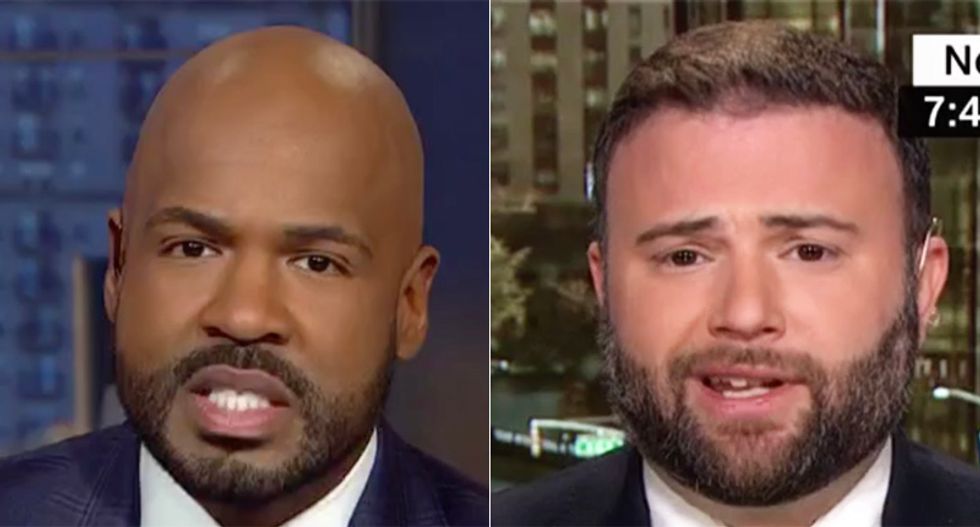 CNN host Victor Blackwell busted a supporter of Donald Trump who insisted the president is already building his border wall by forcing him to admit that he really has no idea if any wall has been built during Trump's two years in office.

Appearing on CNN's New Day, New York City Council Republican Joseph Borelli said it was necessary for the president to declare his national emergency to take taxpayers dollars designated for military projects to build the wall, but stumbled to explain why Trump hasn't used existing border wall dollars to fund constructions so far.

"Let me come to another thing the president said yesterday and has been saying for a while now that there's a lot of wall that's being built," Blackwell began. "The president is already saying are additional miles of this new wall being built -- that is not true. Why is the president saying it?"

"We've had this debate," Borelli attempted. "We've had the gum balls out that you like so much."

"I like the truth," Blackwell shot back. "The reason they're gumballs is that the president has said more than 8,000 things that are false and misleading."

"I don't know the specifics, but I mean, he's been pretty clear that there's wall under construction," the Republican offered.

"Yes, he's been very clear on a lot," Blackwell sarcastically replied. "There is not an inch of new wall that's been built. There is been replacement of fencing, but there's not been any new wall. Why do you support his lie that's coming from the president?"

"I don't know," Borelli demurred. "I've seen videos of wall being built. so I would not give into that speculation."

"Yeah, I mean, I watch networks like CNN and other networks that have shown videos of walls being built. correct me if I'm wrong," the Republican replied.