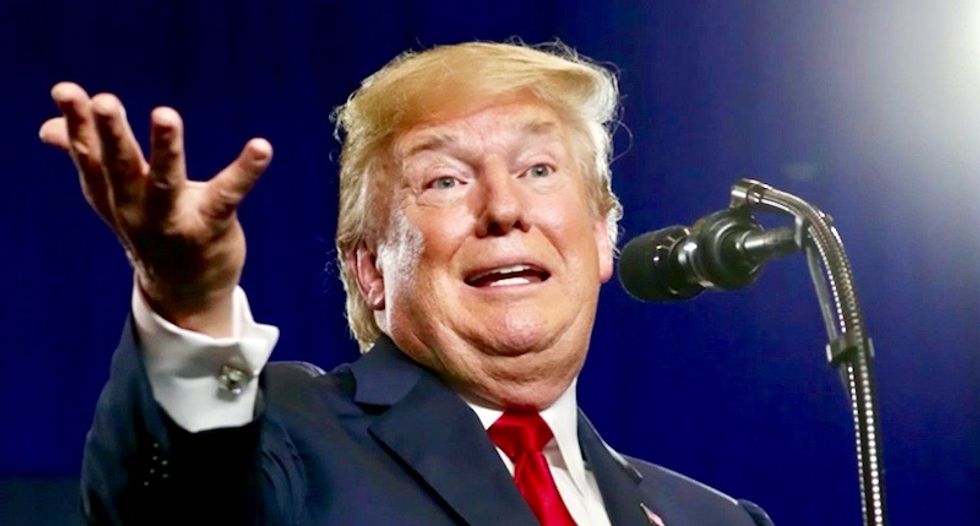 Writing at The Daily Beast, a former member of the National Security Council stated that Donald Trump came home empty-handed after negotiating with President Kim Jong-un because he was too lazy to study up before meeting with the North Korean dictator.

According to Samantha Vinograd, who served as Director for Iraq, Director for International Economics and as the Senior Advisor to the National Security Advisor under President Barack Obama, Trump refuses to do the bare minimum when preparing for international negotiations.

"President Donald Trump’s failure to engage in the most basic preparatory work for this summit—and his longstanding penchant for putting personal convictions ahead of his experts’ opinions—meant that there was no way that he could have come out of this summit with a denuclearization deal," Vinograd charged.

Noting that Trump had admittedly claimed he did no prep work before heading to Hanoi, she added, "Typically, summit prep begins with the president and his intelligence community agreeing on a baseline assessment of the state-of-play, in this case the status of North Korea’s nuclear program and Kim Jong Un’s intentions."

"The intelligence community’s assessment that North Korea will not denuclearize, the open-source analysis that Pyongyang is still proliferating weapons of mass destruction, and reporting that North Korea is taking extra steps to disburse its arsenal seemingly fell on deaf ears," she continued.

She then presented the step-by-step process negotiators are supposed to follow to be successful, pointing out that Trump skipped all of them, and then warning the president handed North Korea the gift of more time in order to become more dangerous.

"The president’s failure to engage in real prep—before his rushed Singapore Summit with Kim and before this latest summit in Vietnam—means that North Korea has had 12 more months to become stronger, not only because Kim did his prep work. He said earlier that he wants to do things 'right' not 'fast' but his addiction to doing things fast, not right, is what got us here in the first place," she concluded.