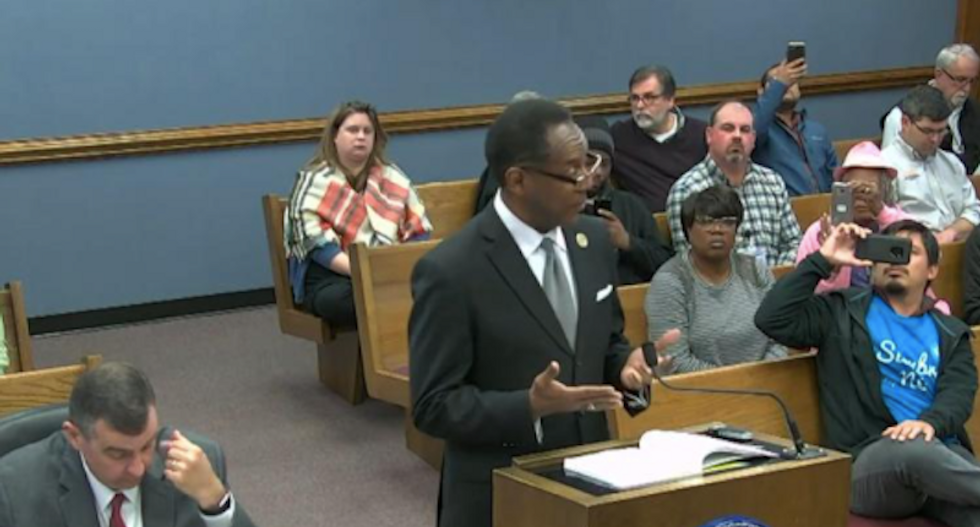 "The people that we’re trying to hold here are criminal illegal immigrants that is actually raping our citizens in many, many ways," Johnson said. "The jails are full all over this nation of immigrants, criminal immigrants, not just the ones that came across the border, but the people that are coming here for a reason to victimize our children our citizens with drugs, murders, rapes, robberies, you name it."

At a meeting on Tuesday, Rev. Curtis Gatewood with the Alamance County Branch of the NAACP criticized the sheriff and the board for not standing up to him.

“If someone comes before you, especially if he is commissioned to be your top law-enforcement officer, and he tells you we are being ‘raped in many ways’ by a certain group of people, you should tell that person if he cannot give you specific data on specifically who’s raping who, who’s robbing who, who’s terrorizing who, we do not need generalizations to conveniently play into existing prejudices or the dangerous history of xenophobia, domestic terrorism and racial hatred,” Gatewood said.

He continued, "At a time when hate is being escalated and exacerbated, loose words of rape and crime aimed toward a particular group do not merit the support and funding of people who sit beneath the banner of ‘In God We Trust.”

Previously the sheriff has referred to immigrants as "taco-eaters" and said he wants to work with ICE to root out undocumented people.