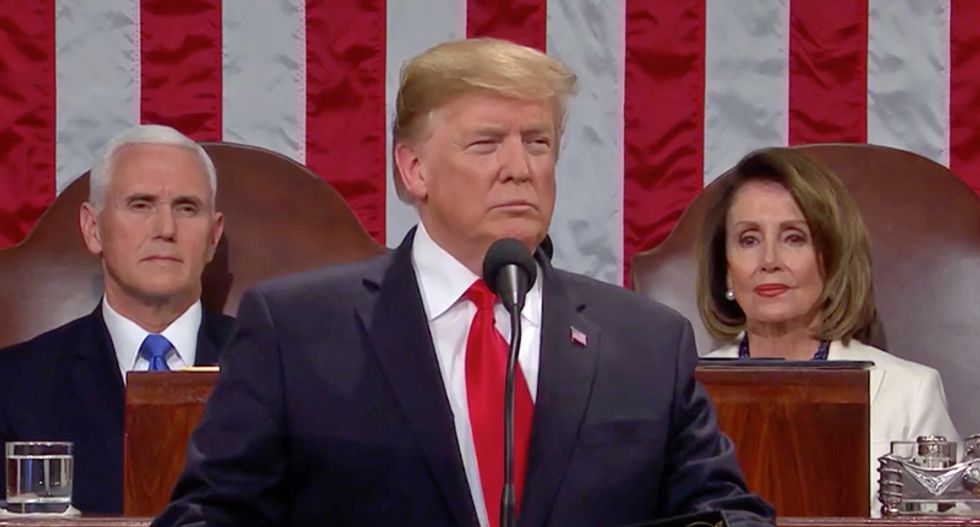 Given the dire threat posed by nuclear weapons, Trump's move may have unforeseen and dangerous consequences.

Raw Story spoke with Dr. James Merikangas, a psychiatrist and a former naval officer who has written about the dangers of nuclear war. He's also a contributor to the second edition of The Dangerous Case of Donald Trump: 37 Psychiatrists and Mental Health Experts Assess a President," edited by Yale psychiatrist Bandy X. Lee.

Tana Ganeva: What are the ramifications of President Donald Trump's decision to withdraw from the nuclear arms treaty with Russia?

Dr. James Merikangas: Donald Trump's decision to withdraw from the nuclear arms treaty with Russia may have been like many of his other ill-considered actions, the consequence of a need to appear bold and decisive to gratify his narcissistic need for power. The nuclear arms treaty was a major step in reducing the risk of nuclear annihilation. We are now one step closer to disaster from an escalation of conflict where Russia knows we had no effective response, either to the annexation of Crimea, or other aggression in Europe. There is no practical use of nuclear weapons because the murder of civilians rendering cities too radioactive to sustain life cannot result in victory. A retaliatory strike by either side will kill millions and has the potential of changing the climate the world over forever.

Tana Ganeva: The president's reasoning appeared to be that Russia has already breached the treaty. What do you think about that?

Dr. James Merikangas: To leave a treaty because Russia has already breached it is either a sign of profound weakness or the result of letting Russia direct our foreign policy through collusion or blackmail. The actual reasoning is unknown because no explanation was given, just an arbitrary response to a diplomatic crisis. Removing sanctions on Russian oligarchs, or directing contracts for a coal burning power plant to benefit a campaign contributor, may be the actions of a President interested only in his personal gain.

Tana Ganeva: Does this decision worry you about the President's mental state?

Dr. James Merikangas: The president's mental state has been the concern of every commentator or observer because of his lack of a grasp of facts and his almost delusional belief in his own omniscience. His constant lying raises the question of confabulation versus profound memory dysfunction. To leave the nuclear arms treaty is particularly dangerous because we have already abandoned the "no first strike policy" established during the Cold War. The President suffers from the arrogance of ignorance, and may act on impulse or false fear. His recent physical examination at Walter Reed gave no assurance that he is of sound mind, no report of a neuropsychological test, no result of a brain scan was reported.

Tana Ganeva: What is your biggest concern about nuclear weapons under this White House as well as other administrations?

Dr. James Merikangas: My biggest concern about nuclear weapons is that the President with no advice and no consultation can order the launch of one or many nuclear weapons on his own initiative, an order that must be carried out without Congress, without the courts, and without hesitation by the chain of command. We should all be afraid that weapons of mass destruction are in the hands of someone with a clearly unsound mind.