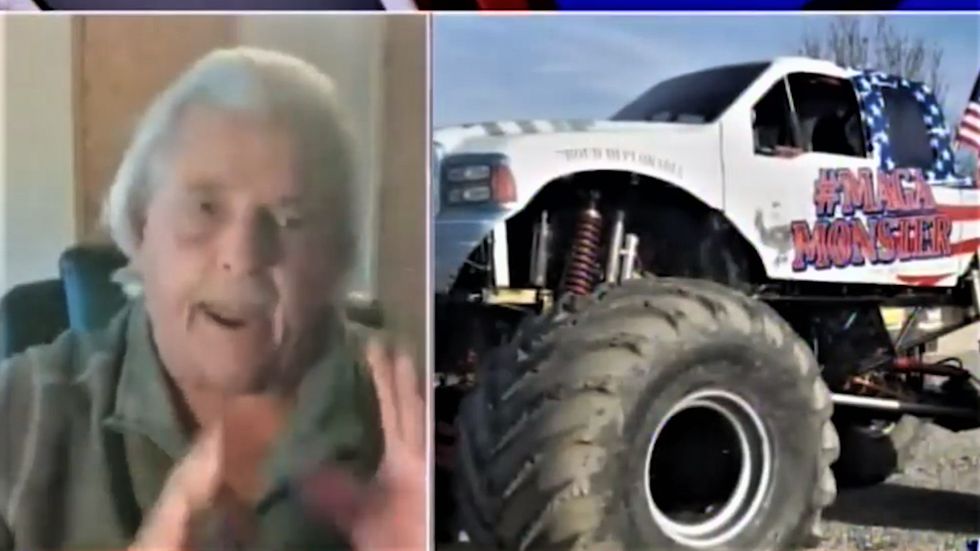 A Trump supporter is bitterly complaining that his MAGA-themed truck got banned from a monster truck tour -- and he's blaming "left-wing socialists" for his plight.

Via The Daily Beast, Trump fanatic Steve Quercio recently appeared on the pro-Trump One America News network to bemoan the fact that a monster truck tour told him that they didn't want his "MAGA Monster" truck because it didn't want to be seen as pushing political messages onto young fans.

"What is a better message to kids than 'Make America Great Again?'" he ranted during his interview. "That's the problem! Flags out of schools, now they don’t even want us to make America great! It’s crazy!"

When asked about what kind of feedback he's gotten for the "MAGA Monster," Querico said he's received "hate like I’ve never ever seen in my life... it’s like this truck has got the plague!"

Toward the end of his interview, Querico said that he wanted to start his own monster truck tour so he could bring his message to the rest of America -- and he asked OAN viewers to help him out by sending him cash.

"We've got to put together money for travel," he said. "I want to go to these rallies, I want to get the word out there, I want to do our own shows -- but we need help!"