Trump’s World Bank nominee ‘another sign of US retreat from the world’: MSNBC's Ali Velshi 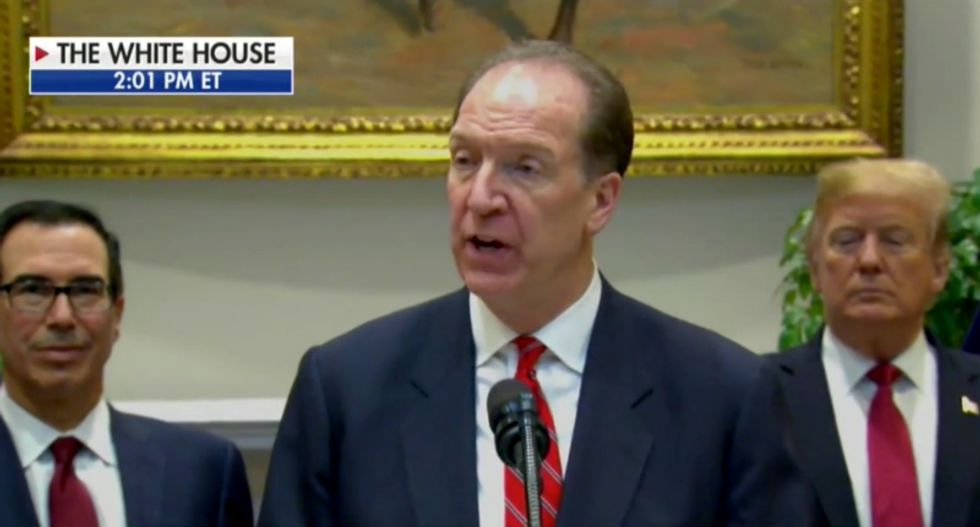 MSNBC's Ali Velshi on Wednesday distilled the significance of President Donald Trump's decision to nominate David Malpass, a harsh critic of the World Bank as well as multilateralism, to lead the international financial institution, saying it represented another step backward for the United States.

"The World Bank provides funding and financing for development projects in parts of the world" that most banks consider "too risky," Velshi said. "The U.S. is the lead investor in that."

"For many, many years, for decades, the World Bank and the International Monetary Fund were the only games in town, basically led by the United States," Velshi continued, adding that while international development may not "a big priority" for the White House, it certainly is for China.

"They'll go into Africa, they'll go into all these countries and say 'we'll fund your dams and hospitals and all that,'" Velshi said, citing that country's growing influence in the developing world. "America is once again retreating from an important world stage."