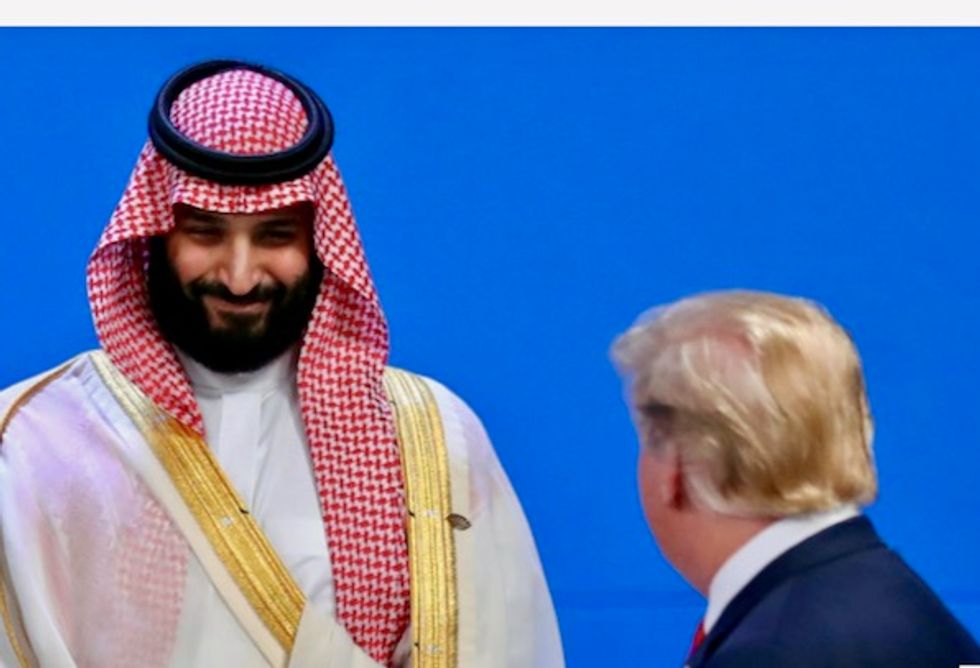 The Democratic-led U.S. House of Representatives on Wednesday approved a resolution that would end U.S. support for the Saudi Arabia-led coalition in the war in Yemen, as many lawmakers sought to push President Donald Trump to toughen his policy toward the kingdom.

The 248-177 vote would not be enough, however, to overcome Trump’s promised veto of the war powers resolution.

Democrats and Republicans reintroduced the war powers resolution two weeks ago as a way to send a strong message to Riyadh about the humanitarian disaster in Yemen and condemn the killing of Saudi journalist Jamal Khashoggi.

The administration - and many of Trump’s fellow Republicans in Congress - said the resolution was inappropriate because U.S. forces had provided aircraft refueling and other support in the Yemen conflict, not combat troops. It also said the measure would harm relationships in the region and hurt the U.S. ability to prevent the spread of violent extremism.

The Senate is expected to vote on the resolution within 30 days.

A previous version of the resolution passed the Senate by 56-41 in December. But it was not brought up for a vote in the House, where Republicans held a majority until Democrats took control on Jan. 3, following sweeping victories in November’s elections.

The United States has supported the Saudi-led air campaign against Iran-backed Houthi rebels in Yemen with mid-air refueling support, intelligence and targeting assistance.

December’s Senate vote was the first time either chamber of Congress backed a resolution to withdraw U.S. forces from a military engagement under the War Powers Act. That law, passed in 1973, limits the president’s ability to commit U.S. forces to potential hostilities without congressional approval.