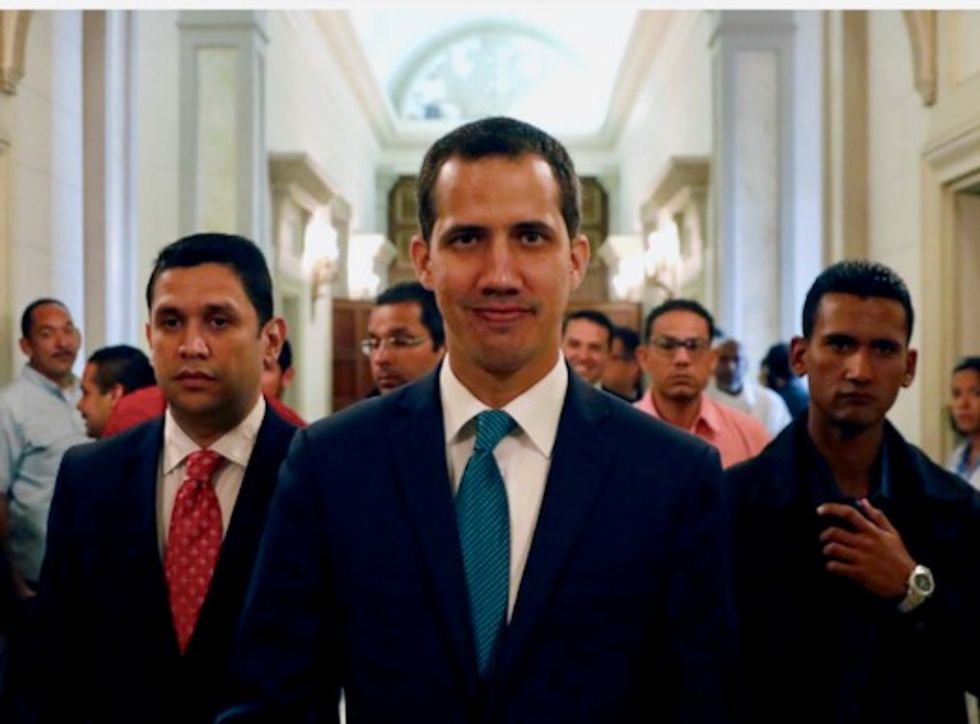 Venezuelan opposition leader Juan Guaido said on Monday Nicolas Maduro’s government was trying to move up to $1.2 billion from state development bank Bandes to its subsidiary in Uruguay, though he did not present evidence.

Guaido, who last month invoked a constitutional provision to declare himself president and has won the support of most the Western hemisphere, has repeatedly accused Maduro’s government of stealing public funds.

Venezuelan traders say Maduro’s government has been using the Bandes subsidiary in Uruguay to get around debilitating U.S. sanctions that the administration of President Donald Trump has imposed in its bid to help the opposition oust Maduro.

“We call on Uruguay in this case to not allow them to steal,” Guaido said in a televised speech in front of the National Assembly, which he heads.

Uruguay, like Mexico, has chosen to stay neutral on Venezuela’s political crisis and instead called for dialogue. Guaido and his backers say it is too late for that and Maduro must call new presidential elections.

Venezuela’s Information Ministry, which handles all media inquiries, did not immediately respond to a request to comment.

Several major European nations on Monday joined the United States, Canada and a group of Latin American countries in recognizing Guaido as Venezuela’s legitimate leader, intensifying pressure on Maduro to step down.

However Russia, China and Turkey continue to back Maduro, accusing western nations of meddling in Venezuela’s internal affairs.