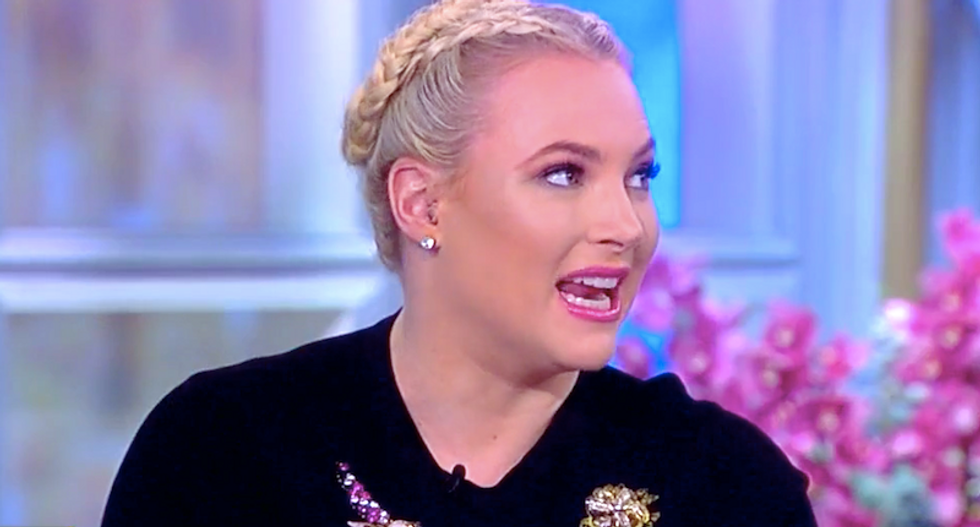 "The View" co-host Meghan McCain tried to trap Sen. Kamala Harris in a "weird lie" about what music she listened to the first time she tried weed, but Sunny Hostin quickly shut her down.

Harris told a radio show that she had smoked pot as a college student, and she cited a pair of rappers whose debut albums came out well after her university days were over.

"The political aspect of Kamala's interview is she's caught in a weird lie," McCain said. "She said she smoked listening to Tupac and Snoop Dogg. She graduated from Howard University in 1986. Tupac's debut album came out in 1991, and Snoop's in 1993. She's either smoking marijuana after the time she said she is or she was listening to different albums or she's misremembering."

"This is getting play online," she added. "The thing I would say to Sen. Harris is, I was impressed with her authenticity. Hillary Clinton was a beta test for not trying to be too cool. Don't try and be too cool. You're already cool -- you have an interesting background, interesting career so far. Just try to fix our country."

Hostin pointed out that marijuana was legal in California, and McCain asked why she would bring up two rappers who came out several years later.

"It reminded me about hot sauce in my bag," McCain said, referring to comments Clinton made on the campaign trail about traveling with hot sauce in her purse.

Hostin headed McCain off, and said that Harris shouldn't suffer any blowback for her hip-hop anachronism.

"I will say that Trump has lowered the bar so low that it's not going the matter if she smoked pot during Tupac or Biggie or Beyoncé or anything," Hostin said.

Host Joy Behar chimed in: "In the age of Trump, I think marijuana should be mandatory, frankly."

Employers in July hired more than double the number of people experts had predicted, 528,000, after many predicted the number to be just 258,000. Unemployment is now at the lowest level in half a century, at 3.5%.

Watch this shocking video of an annihilated Russian armored convoy

"Right within the past few hours there has been a ferocious battle here on the outskirts of Kyiv," CNN's Matthew Chance reported in late February. "And this is one of those Russian, Soviet-era vehicles, which is completely burned out."