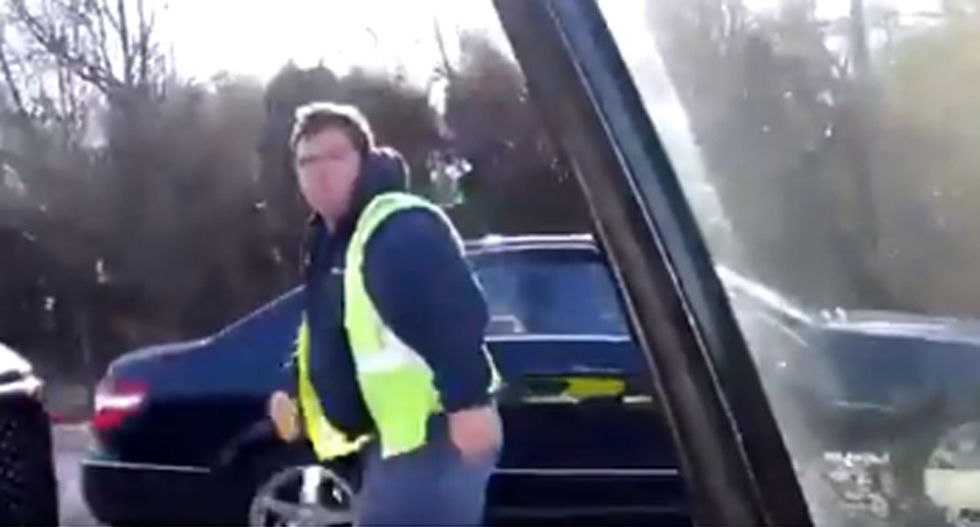 A Maryland man kept his cool and documented an incident in which a white driver hurled abuse at him, including calling him the n-word, reports the Atlanta Black Star.

35-year-old Crispin Cole was driving home from an interview when a white driver behind him started impatiently honking his horn.

“The car behind me, this gentleman, he got upset and he wanted me to move forward and started honking his horn. And I didn’t move, because it’s a red light. There’s no need to move,” Cole told WUSA9.

Cole remained calm in order to record the incident. The video went viral on Twitter.

The man came up to Cole, shouting obscenities and racist slurs.

Cole noted that as a black man, how he reacts during a racist altercation can be a matter of life or death.

“You’re not supposed to react, because as a black man, I can’t do tit for tat. I can’t match his anger with my anger, because something could happen to me,” says Cole. “So, when somebody says that to me, it’s not about me. It’s about them. Probably having a bad day.”

The Montgomery County Department of Police issued a statement saying that they “are fully aware of the video clip that is circulating the internet showing a traffic altercation — ‘road rage’ — incident. Our detectives are investigating the incident. All facts and circumstances will be investigated fully.”