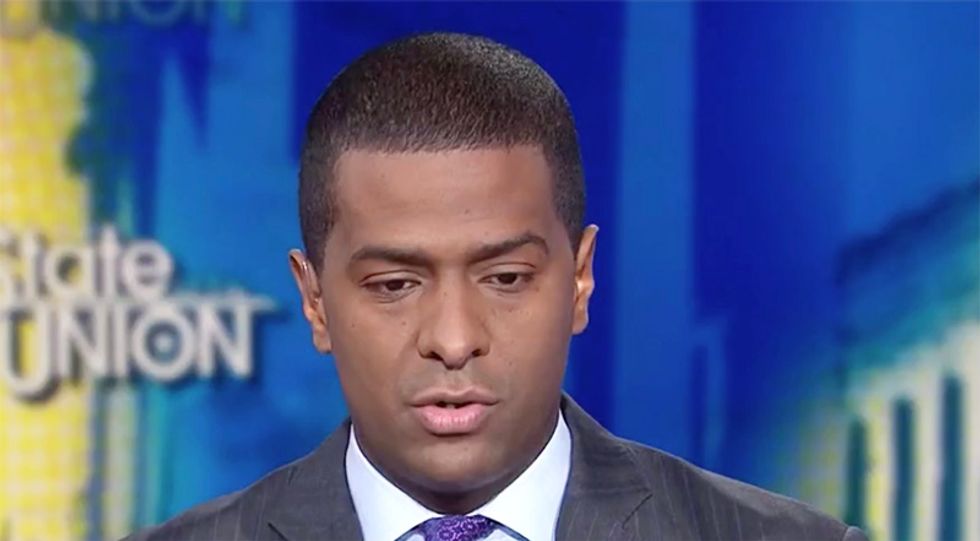 In a deeply felt monologue on CNN's "State of the Union" on Sunday morning, contributor Bakari Sellars delivered an impassioned explanation on how seeing white people in blackface both horrifies and hurts the black community.

Asked by host Jake Tapper to "blacksplain" what it means as an African-American to see images of blackface like on Virginia Gov. Ralph Northam's college yearbook page, Sellers talked about systemic racism in the U.S.

"I'm glad you asked the question because first we have to say that Democrats and Republicans alike have problems with race in this country," Sellers began. "We can say that Republicans have more of an issue, but that doesn't matter. Racism is in the fabric of the United States of America."

"And when you see those images," he continued. "You see the KKK, and the KKK just brutalized, raped, lynched, pillaged many African-Americans not just throughout the south but across the country."

"White people do not understand what blackface means," he elaborated. "When you have your son going out in blackface for a costume or your son goes to prep school or elite day schools and they dress up in blackface, basically it means you're calling me -- blackface goes back to the mid-19th century where people were dressing up showing them to be lazy, to be ignorant, hypersexual and to be all-out disrespectful to our culture. So when I see images like this, it harkens on the fact we have a serious issue with racism in this country."

Turning once again to Northam's blithe admission that he once did dress up in blackface, Sellers added the Virginia governor, "doesn't understand his own actions."