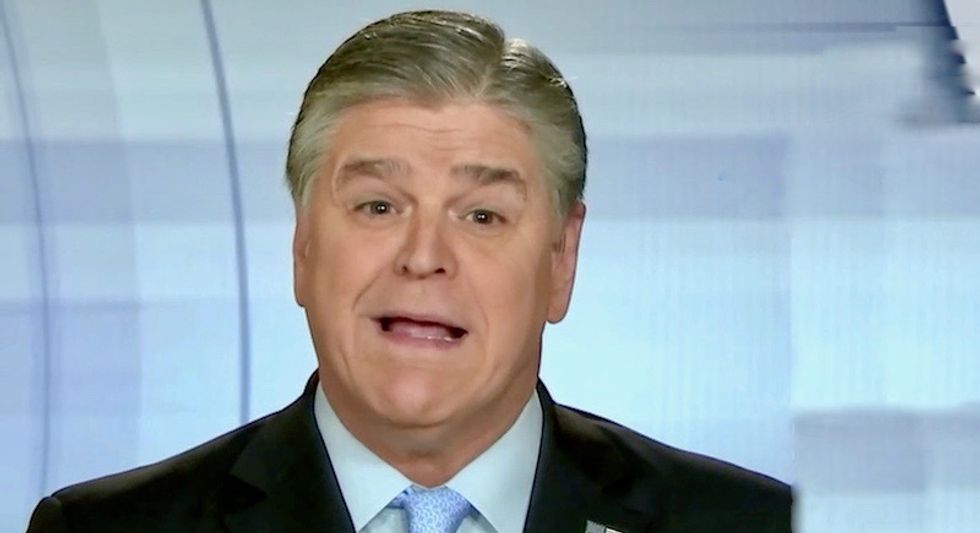 Rep. Alexandria Ocasio-Cortez (D-NY) has been scrutinized by right-wing media over her Green New Deal, which is an effort to combat climate change.

On Thursday, Trever Noah, host of The Daily Show, mocked right-wing media reporters over their exaggerations about what the deal is proposing.

According to The Boston Globe, "an incorrect Green New Deal explainer issued by her office mentions reducing the malodorous methane effluvium cows emit from their rear and front ports."

Several have interpreted this as Ocasio-Cortez seeking to rid America of meat and that she is trying to turn everyone into a vegan.

"Over at Fox News when they heard Ocasio-Cortez and climate change sirens with off," Noah joked.

He then played a clip of Hannity ranting about it.

"No more steak. I guess government forced veganism is in order," Hannity said.

Noah then proceeded to mocked Hannity.

"Yeah they'll force feed us broccoli. Yeah we are all going to be ganged-banged by vegetables," he joked.