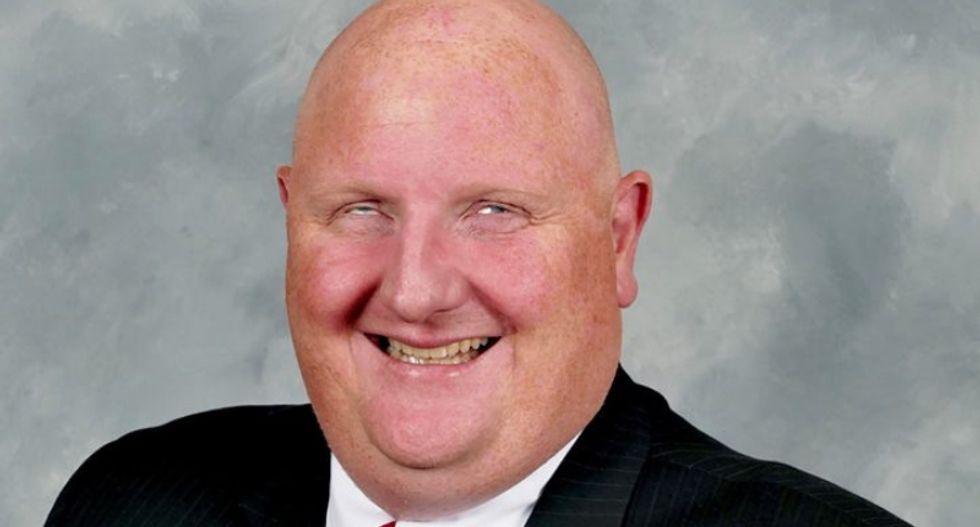 The Charleston Gazette-Mail reported that WV House of Delegates member Eric Porterfield (R-Porterfield) told a reporter Friday morning that the gay community is akin to a hate group.

"The LGBTQ [sic] is a modern day version of the Ku Klux Klan," Porterfield said, "without wearing hoods with their antics of hate."

The Republican's comments came just days after he used the term "f*ggot" in House session and claimed that an anti-LGBT discrimination bill was "bigoted," "discriminatory" and would somehow hurt gay people.

"The LGBT is the most socialist group in this country,” he said during a House session Wednesday. “They do not protect gays. There are many gays they persecute if they do not line up with their social ideology.”

Porterfield went on to claim that the bill was discriminatory to religious people. According to a Gazette-Mail article from Thursday about his first homophobic comments, the delegate used the anti-gay slur when referring to conservative gay provocateur Milo Yiannopoulos' 2017 speaking tour that used it.

The bill Porterfield was condemning came in response to another that would have made LGBTQ discrimination legal in cities that passed ordinances against it. As the Gazette-Mail noted, the GOP delegate supported the first amendment.

Porterfield's first anti-gay comments drew condemnation from his Democratic colleagues in the House of Delegates.

After the KKK comments, Republican House Speaker Roger Hanshaw, R-Clay said he had not yet spoken to the delegate personally and had not discussed removing him from his committee assignments, the Friday report noted.

“I hope that no one would make those kind of statements,” Hanshaw told the Gazette-Mail. “That sounds like nothing I would certainly ever agree with, but I would want to talk to him before I comment on what he said.”